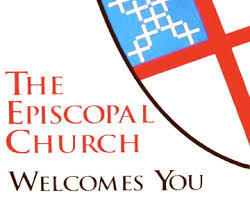 Episcopalians took a major hit in the year 2020, not only in attendance but also in membership and – unusually – in the pocketbook of the historically affluent denomination.

The statistics cover the year 2020 and are the first affected by COVID-19 restrictions, although the church only reported attendance data for the pre-pandemic period January 1 through and March 1 (missing the traditionally high-attendance periods of Christmas and Easter), similar to the Presbyterian Church (USA) and the Anglican Church in North America(ACNA). Membership and giving, in contrast, were reported across the entire calendar year.

In response to a newly surveyed question, 24% of Episcopal parishes reported a “very significant” negative impact of the pandemic upon their congregation’s finances, while an additional 39% reported a “somewhat significant” impact.

Many Episcopal parishes closed to in-person worship for much of the pandemic. Parts of the Episcopal Church ceased services altogether – streaming or otherwise – with parishioners directed to either a diocesan-wide virtual service or to the Washington National Cathedral.

The church’s official 2020 table of statistics includes information on baptisms, confirmations, receptions, weddings and burials. Unlike membership, attendance and giving (three objective metrics that illustrate how the church is doing at present) weddings and baptisms provide an idea of how the church will fare in future years.

In Autumn of 2020 the Episcopal Church Executive Committee authorized an amended form of the parochial report for the year.

A handful of bright spots were the Diocese of Easton (Maryland’s Eastern Shore) with a 17.2% increase in attendance, New Hampshire up 2.3% (after reporting a sharp decline the previous year), the Tampa-based Diocese of Southwest Florida, up 3.7%, and the Diocese of Iowa up 21.7%.

Statistical Totals for the Episcopal Church by Province and Diocese can be browsed through by clicking here.

A report on 2019 numbers can be viewed here.

UPDATE [10/07/2021]: An earlier version of this article reported a significant decrease in reported membership for the Diocese of Kansas and a significant increase in the Diocese of North Texas (formerly Fort Worth). This data had been erroneously published and since corrected and updated by the General Convention Office. The correct membership numbers are a loss of 266 (-3.1%) in Kansas and a loss of 114 (-2.9%) in North Texas.