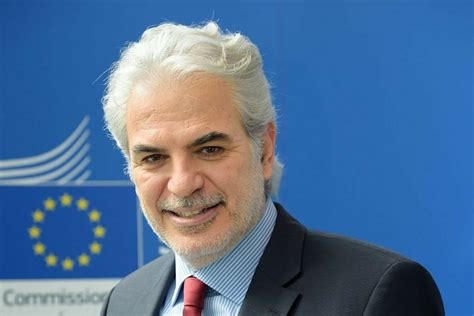 “Nobody should be persecuted because of their faith. The reappointment of a Special Envoy for the promotion of freedom of religion or belief outside the EU is an important step in showing real commitment to this fundamental right. We lament that this position has been vacant for almost two years. We hope that the new Special Envoy will quickly get to work focusing on the needs of the most persecuted worldwide. We urge the European Commission to strengthen the position of the Special Envoy and build on the important work already achieved. The victims on the ground are in dire need of a decisive response from the EU. With its Special Envoy, the EU can lead in the international response. That leadership is needed now more than ever,” said Adina Portaru, Senior Counsel for ADF International in Brussels.

Role of the Special Envoy

The Special Envoy for the promotion of freedom of religion or belief outside the EU was introduced in 2016 in order to protect freedom of religion or belief on behalf of the EU worldwide. The European Parliament called for the ‘EU to establish a permanent Special Representative for Freedom of Religion or Belief’ in its Resolution of 4 February 2016 on the systematic mass murder of religious minorities by the so-called ‘ISIS/Daesh’. Part of the mandate included visits to countries with some of the most violent religious persecution in the world in order to help address the situation and develop response plans. The Special Envoy played a decisive role in helping Asia Bibi safely leave Pakistan after she was acquitted of blasphemy charges.

There has been robust support for the continuation of the mandate, voiced by the European Parliament Intergroup on Freedom of Religion or Belief and Religious Tolerance, national special envoys, scholars, and civil society. A Report on EU Guidelines and the mandate of the EU Special Envoy, adopted by the European Parliament on 16 January 2019 with overwhelming support (576 votes for), stressed the need for the Council and the Commission ‘to adequately support the institutional mandate, capacity and duties, by exploring the possibility of a multi-year term subjected to annual review’.

“The Special Envoy has played a crucial role in bringing the horrors of religious persecution to light at the European level. The role has created awareness around some of the worst and most persistent violations of fundamental rights around the world and helped focus EU efforts to counter them. The EU should not only continue, but intensify efforts to protect freedom of religion or belief around the world,” said Robert Clarke, Deputy Director of ADF International.