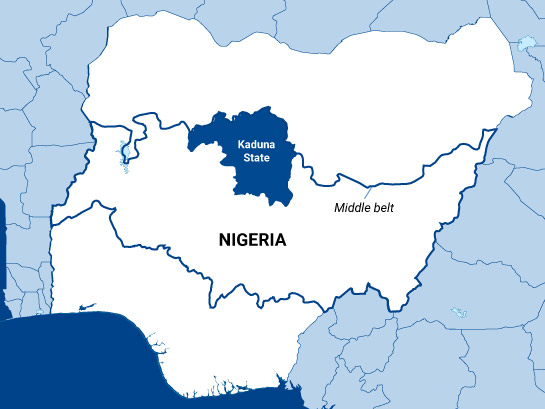 One Christian was killed, four others injured, and a further four abducted by bandits in an attack on a church bus in Kaduna state, Nigeria.

The incident took place in the early hours on April 6 on the Kaduna-Kachia road, near Kasuwan Magani, around 20 miles from Kaduna city.

Bandits blockaded the road and opened fire on the church bus and another truck. In addition to the Christian bus driver, named as Alfred Makinde, three others were killed in the gunfire.

The Rev. Joseph Hayab, chairman of the Kaduna branch of Christian Association of Nigeria (CAN), confirmed that three young women and an elderly lady had been abducted.

Hayab added that the bandits had contacted the church asking for a ransom of 100 million naira (around $125,000).

Christians in Nigeria are often targeted for abduction, whether by Islamist militants or by bandits. This incident took place on the same road on which eight Christians were abducted from a church minibus last month.

Kaduna state lies in Nigeria’s Middle Belt, where at least 240 Christians have been killed in Islamic attacks since the beginning of July 2020.