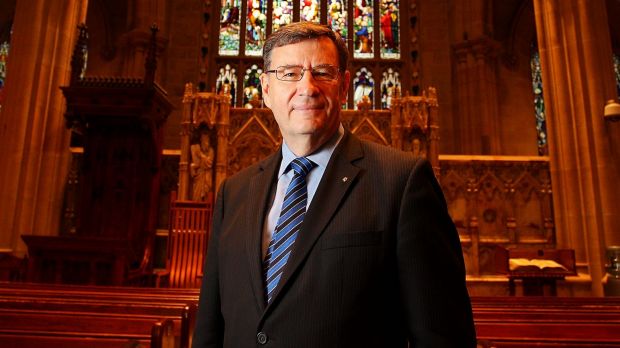 There has been a low-key response to the opening of nominations for the election of the next Archbishop of Sydney.

The summons to the Election Synod was issued on January 25. A one-day ordinary Synod in May will be followed by the Election Synod, which would consider those nominated. However, as Southern Cross went to press in late February, there were no names yet announced.

Under the election process, regulated by an ordinance (or church law), each person nominated must have the support of at least 20 Synod members and then agree to their name being put forward, subject to safe ministry checks. That process can take some time. The cut-off date for nominations is March 23.

COVID restrictions have made the process difficult and even the normal venue, the Wesley Theatre in Pitt Street, had to be changed to allow more social distancing for the large crowd of Synod delegates. The election will now take place at the International Convention Centre.

Archbishop Glenn Davies will retire on Friday, March 26. His term was extended from his original retirement date of July 2020.

In his last Archbishop Writes column in this month’s Southern Cross (see page 14) Dr Davies has thanked Sydney Anglicans for their prayers for him and Mrs Davies since 2013. “Without these prayers, my ministry would have been ineffective. Some have prayed each week, many friends have prayed every day.

“I am conscious of these prayers, for the strength that God supplies is greater than human strength alone. I am aware that one dear friend, for example, prays for me daily as he fills the kettle for an early cuppa. I am therefore going to follow his good example by doing the same each morning for the next Archbishop.”

Dr Davies is also urging people to pray for the nominees for the position. “Remember, they are not candidates for office – as if they were seeking the position. Rather, they are nominees, recognised by some members of the Synod as good and godly men who by God’s grace, can take the reins of episcopal leadership for the whole Diocese, and for the glory of God and the benefit of God’s people. Do pray for them and pray for the Synod that God’s mind might be clearly discerned by its members.”

There will be an official farewell for Archbishop and Mrs Davies in St Andrew’s Cathedral on his last day, Friday, March 26. Because of COVID restrictions and the number of official guests, the Cathedral is full already. Dr Davies says he regrets that there cannot be a larger number present in person. However, the event will be livestreamed here.