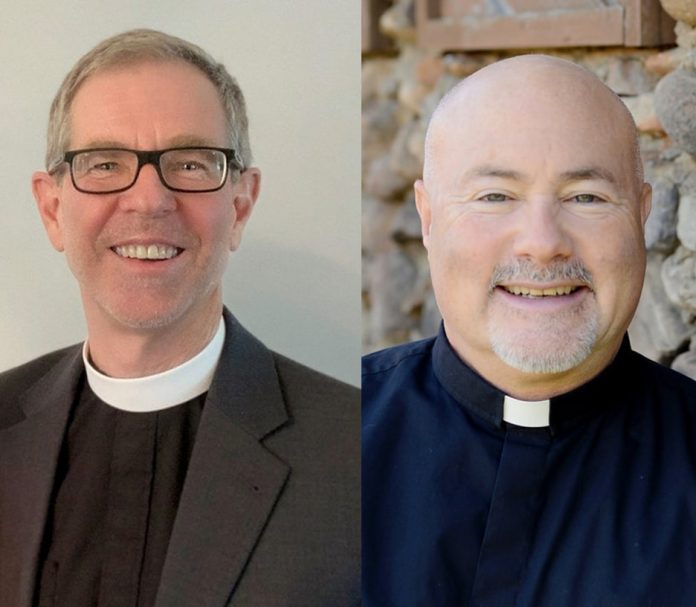 Engel was elected on November 14, 2020 by a Special Meeting of the Great Lakes Diocesan Synod for the purpose of selecting a bishop. He served the diocese as the Chair of the Standing Committee until he resigned to accept his nomination. Engel and his wife, Terri, have been married for almost 40 years and have 3 adult children. After finally surrendering to Jesus as Lord in college, Engel quickly discerned a call to ministry. He began pastoral work at in the Friends Church before he and his family moved to Taiwan for 10 years of church planting and evangelism. Upon their return to Ohio in the 1990s, the Engels began a journey that would eventually lead them to the Anglican Church.

“I was deeply grateful and humbled when Archbishop Foley informed me that the College of Bishops had consented to my election,” said Engel. “As Archbishop Foley and the College prayed for me, their affirmation and God’s peace ministered deeply to encourage my heart. I ask that prayer and intercession be made on my behalf that l may serve Christ and His people faithfully and well.”

Bishop-elect Engel will be consecrated on February 13, 2021 in Canton, Ohio.

A Special Synod of the Anglican Diocese of the Southwest elected the Rev. Canon Steven Tighe on December 12, 2020 to be the next diocesan bishop. A lifelong Anglican and native Texan, Tighe has served in a pastoral capacity at St. Clement’s, El Paso since 2000. His ministry focus has been to youth, including leading the Young Anglicans Project and most recently serving as the Provincial Canon for Youth Ministry. Tighe believes “the key to effective evangelism is effective ministry to young people.”

Tighe and his wife, Patricia, have been married for 35 years and have two adult children. They look forward to serving the Lord together in this new role.

Tighe said, “I am incredibly humbled to have been elected by the people of the Anglican Diocese of the Southwest. Since the founding of the ACNA, I have been so grateful to God for the deep faith and competence of our bishops. To suddenly be among them is a little overwhelming. Tricia and I are excited to see what God is going to do in the southwest and covet prayers for the advance of God’s mission in Mexico, West Texas, and New Mexico.”

Bishop-elect Tighe will be consecrated in March at St. Clement’s in El Paso, Texas.

The College of Bishops met via Zoom due to the coronavirus pandemic. Both bishops-elect joined the virtual gathering from Loganville, Georgia with Archbishop Foley Beach.