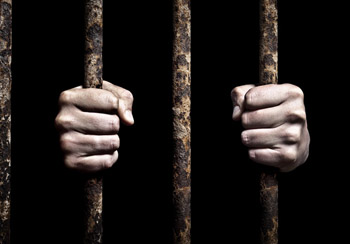 North Korean prisoners suffer extremely harsh conditions in the country’s political prison camps and forced labor camps, where malnutrition and disease are rampant, and torture, beatings and other abuses at the hands of prison authorities are the norm.

For the prisoners, numbering as many as 120,000 according to U.S. estimates, contact with the outside world, including with their families, is in most cases restricted. Those fortunate enough to survive lengthy sentences often find themselves unable to reconnect to society afterwards.

RFA reported last month that in commemoration of the Oct. 10 75th anniversary of the 1945 foundation of the ruling Korean Workers’ Party, North Korean leader Kim Jong Un ordered some 7,000 prisoners released under a general amnesty.

RFA’s Korean Service interviewed one of the released prisoners, who said she and other inmates endured an unending of hunger, unsanitary conditions, exhaustion, severe beatings and extrajudicial killings.

For her safety, RFA has concealed her name and hometown, prisoner number, the name of the prison where she was detained and how long she was there. The radio interview on which this was based modulated her voice to protect her identity.

This transcript has been edited for length and clarity.

RFA: It is well known that prisoners are forced to work while they are serving their sentences. What happens if a prisoner refuses to work?

Prisoner 00: They put a 30-year-old female prisoner in solitary confinement after she fasted in protest to avoid forced labor.

The front wheel of a tractor is pretty small. When you take the tire off, all that’s left is the heavy metal wheel. They tie it with strings or straps and make you carry it like a backpack and walk around the entire prison. This is what happens if you pretend to be sick.

So, this woman became weak after solitary confinement and fasting, and it was hard for her to carry it around, but that’s the punishment. She had to carry it for three days. She begged, saying that she would never fake illness again. Then she was able to get rid of the wheel, but by then she had no strength left to work.  Whenever she tried to eat anything it was too hard for her to digest food, so she really couldn’t work. This is when the prison guards beat her. Later she came down with tuberculosis.

If you are actually sick and you can’t go to work, four other inmates will carry you by your arms and legs to the work site. They did this to a person who was unable to work due to malnutrition. She was so weak, in a state where she could easily be knocked over. But they beat her until she got to work.

The day before [national founder and first ruler of North Korea] Kim Il Sung’s birthday [on April 15,] a prison guard started beating on everyone who was not able to work. That morning… You know hard their boots are? The guard kicked her with her boots on. Her whole body turned black and she died that night. She had been jailed for watching a South Korean movie.

RFA: Is there anything in the way of healthcare inside the prison camps? Was there any effort to give her medical attention before she died?

Prisoner 00: In the evening, that inmate was in bad shape, so she was taken to the infirmary. But the doctor said, “You stupid morons. Why are you bringing in that dying person? Take her back and lay her in your cell.” So she couldn’t be hospitalized.

She died that night in the cell. In truth, the guard who kicked and beat her in the morning is the one who killed her. Seventy of us prisoners, 140 eyes, saw it happen.

These kinds of violations of human rights are common in prison. The guards will beat anyone regardless of age, and there’s nowhere prisoners can complain.

When a 17-year-old girl entered the prison, she couldn’t work well, so guard #51, her name was Choi, grabbed the girl’s head and kicked her with her boots.  The Inmates couldn’t say a word. We all just cried. It’s hard to watch it with your eyes open. Inmates have a lot of anger against these prison guards.

RFA: We’ve also heard that prisoners have to endure unsanitary conditions. Is there any way to keep clean to prevent disease?

Prisoner 00: I don’t know what to say about the hygiene of the women. There are no sanitary measures for menstruation. Inmates who have family visits use toilet paper, and the rest of them some kind of cloth or tear off their clothes if they are relatively clean. Since there is no laundry soap or water, they use a paper box and use it as a sanitary pad.

As for mealtimes, it was so cold when I ate, so I had to force myself to eat while shivering. It’s icy cold. And the soup, it smells like a sewer.

RFA: What are some examples of physical and psychological torture that you witnessed?

Prisoner 00: If you die while intentionally making yourself too sick to work, they dissect your dead body. They once dissected a dead body and brought it out without putting all the intestines back in. Then, they made the inmates jump over the body.

The women were freaked out, so only men did it. They made them jump over the dead body with its intestines hanging out. They did it to show the inmates how they would end up if they pretend to be sick.

When the women saw the body, some ran away screaming. When some of the men jumped over the body without looking, the guards shouted, “Again!” and the men had to jump over the body again while looking at it.”

The prison guards are real sons and daughters of [expletive], all of them. Sometimes things get so hard that inmates will swallow nails to kill themselves. So they make the inmates keep watch over each other at nighttime. The inmates sleep six hours per night, but when they have to keep watch, they can only sleep for or five hours.

If you doze off, they’ll hit you. You have to stand up straight when you’re keeping watch.

They also are especially harsh on Christians. They torture and beat the Christians up and it’s hard to watch it with my eyes open.

They give them three meals a day. But they torture them by not letting them sit down or sleep 24 hours a day, for 40 days. They can’t even sit down afterwards. I couldn’t tell whether they were human beings or animals at that point. Just thinking about it makes me want to cry.

Young prison guards hold the person on both sides. They rotate every two hours. If they were to leave the person, that person just collapses. There was this 80-year-old lady who was a Christian since she was a child. The authorities told her to believe in Juche [North Korea’s founding ideology], but she said, “I believe in God,” and she was executed by firing squad. She was almost dead anyway, but they dragged her out and shot her.”

And when inmates die, they will never leave the prison. They don’t give the dead body to the family; they burn the body in a furnace.

Often when they put the body in a gunny sack, it is so thin that it doesn’t even fill up half of the sack. They fold the dead body in half to burn it. When they burn a human body, black smoke comes out of the chimney. Another inmate who was the infirmary’s sanitation worker told me that they are burning dead bodies when that happens.

RFA: What if the prisoners are actually innocent? I imagine there are no legal means to get the conviction overturned.

Prisoner 00: Most of the prisons house about 2,500 inmates, and many are innocent, but law enforcement agencies have to fulfill yearly quotas.

Police officers frame innocent people to get high marks and rewards for performance. Innocent people are beaten until they falsely confess.

RFA: What happened when you were released?

Prisoner 00: They got three thumbprint signatures from us. They make us never say what we saw, heard, or ate in the prison.”