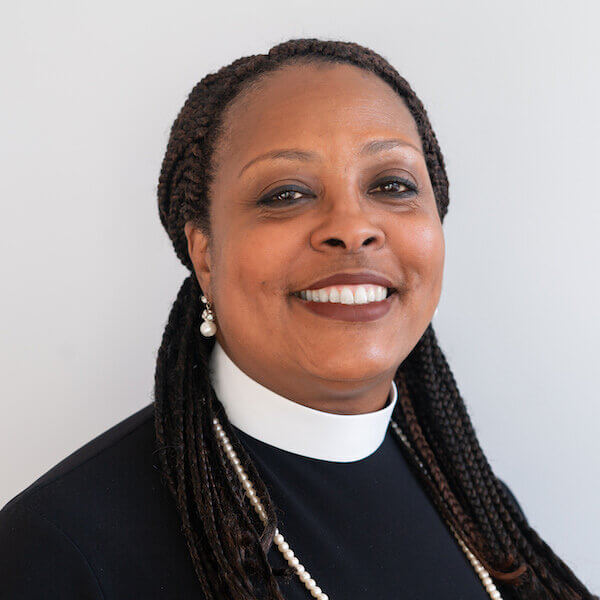 The Rev. Paula E. Clark was elected on Dec. 12 to be the thirteenth bishop of the Diocese of Chicago. She will be the first Black person and the first woman to hold the position.

Clark, who currently serves as canon to the ordinary and chief of staff in the Diocese of Washington, was chosen unanimously on the fourth ballot in an election conducted on Zoom from a slate originally composed of four candidates. She received 229 clergy votes and 284 lay votes.

“We Episcopalians are strong people who can model for the rest of this country and the world what it looks like to walk the way of love,” Clark told the convention over Zoom. “God is calling us to a new day and a new way of being.”

Clark was baptized into The Episcopal Church at age 10 by Bishop John Walker, the first Black dean of Washington National Cathedral and first Black bishop of the Diocese of Washington. She received her undergraduate education at Brown University and earned a Master of Public Policy degree from the University of California, Berkeley.

Before entering the seminary, Clark served as public information officer for the District of Columbia mayor’s office and Board of Parole for nine years and spent five years as director of human resources and administration for an engineering and consulting firm in Washington.

In 2004, she received a Master of Divinity degree from Virginia Theological Seminary in Alexandria, Virginia, and served at St. Patrick’s Episcopal Church in Washington and St. John’s Episcopal Church in Beltsville, Maryland, before joining the staff of Bishop Mariann Edgar Budde. Her work for the diocese focused initially on clergy development and multicultural and justice issues.

The bishop-elect is married to Andrew McLean and describes herself as “the proud matriarch of our blended family of five adult children and seven grandchildren.”

Clark, who is scheduled to be consecrated on April 24, will succeed Bishop Jeffrey D. Lee, who is retiring on Dec. 31 as bishop of a diocese that includes 122 congregations and more than 31,000 members in northern, central and southwestern Illinois. Under the canons of The Episcopal Church, the diocese’s standing committee will serve as its ecclesiastical authority during the interim.

The other nominees were: