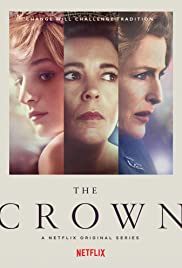 There was an interesting story in the paper today (Sunday) discussing the impact of the programme, The Crown. Apparently there has been a survey of public opinion about attitudes of the British general public towards the Royal Family among those who have seen this series. Although, for the purposes of a good fictional story line, the Crown showed the Royal family sometimes in a poor light, public attitudes towards them have not been changed in a negative direction.  It was thought that the portrayal of an adulterous Prince of Wales might cause damage to his reputation.  In fact, the opposite seems to be true.  Overall, 35% of those watching the series had begun to see the Royal Family in a better light.  Only 5% had allowed the programme to make them think of the family less favourably.  It seems that institutions like the Royals can survive criticism, if those looking on feel that they have been allowed a better view of what is going on behind the curtain.  Many human frailties can be forgiven and tolerated, when the observers feels that he/she is being given something like a frank disclosure.  The Crown may be to a large extent a fictional reconstruction, but it has given the viewer a sense of understanding the human foibles of this privileged group of people.  Most behaviour, short of actual criminality, will be forgiven by most people.  The more we feel we understand, the greater seems our capacity to forgive.

As I thought about public attitudes towards a major institution in our society, like the Royal Family, I compared it in my mind to another story that appeared in the Church Times on Friday.This published the results of the MORI Veracity Index for 2020.   This poll asked the man or woman in the street which professional person was most likely to tell the truth.  The rate for those expecting truthfulness from the clergy has apparently fallen to a mere 54%.  This score has fallen by 9 points in the last year alone and by 29 percentage points since 1983.   We can only speculate about the reasons for this spectacular collapse of trust.  It is likely to have had something to do with the endless cycle of scandals over the abuse of children in the past ten years.   But, whatever the reason, the current situation appears to be reaching a point where many clergy will no longer feel comfortable wearing clerical attire in a public place.   That indeed, may already have happened in some places.  If true, it a sad reflection for the Church that attitudes have now become so negative.  Whatever the reason, it is tragic reality that clergy are being placed in a zone of being thought unreliable and possibly untrustworthy.

These two surveys need to be held alongside one another because there are some further lessons to be extracted.  Two solid British institutions are revealed to be beset by human frailty and failure.  In one case public opinion towards them is in the process of recovery with an increase of affection and esteem.  In the other case, public respect appears to be on the decline.  Why is there this difference?  There is, I believe, a simple explanation.  The attitude of people towards institutions is not especially affected by moral failing unless they belong to the most toxic categories.  What matters is the way those institutions deal with the failings.  Any attempt to hide, to cover-up and to pretend will be seen for what it is – hypocrisy.   Here hypocrisy is pretending to uphold one standard of behaviour while all the time behaving in another.  If the scandal of abuse against children and the vulnerable had really been about a few bad apples, the general public would by now have forgiven the church institution and possibly moved on.  The things that have upset countless people have been the cover-ups, the handwringing and the apparent indifference of people in authority in the Church.   There has been little readiness to show love and compassion for the victims/survivors.  Few people have taken note of the details of the abuses, as do the readers of this blog.  But the public have been left with a sense that there are many tales of unfinished business.  There is always a feeling that many church people have been far too concerned to keep the show on the road than taking radical steps to help and heal the many who have been wounded or broken by this apparent epidemic of abuse.  It is this sense of the Church in disarray, not knowing what to do to protect children that has been so damaging.  Of course, the Church has made enormous progress in this area of safeguarding.  But as the public relations experts fully recognise, it is not what the facts are in a particular situation that count; it is what impression is left after a period of negative publicity.  The overall impression is negative and that is what urgently needs repair.   We want a situation where the clergy can walk the streets everywhere without fear of insult.

As I was thinking about this apparent decline in the reputation of the Church of England in society, I was drawn to remember the passage in Matthew 23 about religious people and institutions being likened to whited sepulchres. This is a passage describing how, on the outside, everything may seem beautiful, but on the inside, there is filth and decomposing human remains.  It is as though the general public, who used to see only fine beautiful buildings and honourable people, have been afforded a glimpse of something dark and not very wholesome through a crack in the white façade. Something rotten and corrupt is showing through the crack.

In the comments on Thinking Anglicans about the resignation of Melissa Caslake, there was a quote given.  ‘Half of the leadership of the Church of England knows that it needs to change to survive, but the other half feels that survival depends on preventing change at all costs.’    The evidence suggests that if public perception of the Church is changing as fast as it is, then change becomes a life-death matter for the institution. To use the vivid picture language of Jesus, if the whited sepulchre is cracked open at one end, then all the whitewash will be ignored.  The only thing visible will be the bones. The Royal Family has, metaphorically speaking, been cracked open but survived.  They all seem to be (apart from Prince Andrew) on their way to recovery in people’s estimation. People it seems, can cope with frailty and failure.  But they cannot accept dishonesty and hypocrisy.

Most of us have experienced the devastating effect of secrets within a family. In the past there were sometimes extra children born to a family after it seemed complete.  Then, years later, it was discovered that the youngest child was in fact the daughter or son of a teenage daughter. No one was prepared to talk about the situation but the damage to the identity of the child born out of wedlock could be enormous. I am sure that most of my readers will recall some secret in their own family which caused damage because of silence. Scandal is thought to be dangerous and damaging. What is far worse is a scandal never admitted. They are like festering wounds.  From a human point of view, people are far readier to cope with lapses in human behaviour than we think.  Obviously, there are, even now, activities which are hard to forgive or let go. I am thinking of such crimes as gross cruelty to a child or abuse of some kind. But most of the scandals that we heard about, which thought to bring disgrace on a family, did not come into this category. Secrets when brought into the light of day normally do not seem so terrifying and will, for most people, incur understanding and forgiveness.

There is a way forward for the Church.  It needs to decide on a path of openness and genuine remorse for its past failings.  If it takes the other path of commissioning a new coat of whitewash every time there is a scandal, public trust and respect for the Church will continue to decline.  Human beings generally respond well to a narrative which begins: ‘We got it wrong. We made terrible mistakes and we ask for your understanding and forgiveness.’ If the Church over a period of years could become the institution which is prepared, never to cover up but to own up, then perhaps people in our society would learn to trust it more. That terrible loss of trust that has been sustained over the past thirty years might be reversed. I do not see this process beginning easily, unless we have someone of real leadership quality prepared to take such change forward.  We arrive back at a place which we have frequently visited.  We come back to imploring the Church and its leaders to embrace integrity, truth and honesty and put away the falsity of thinking that they can continue to manipulate, through public relations techniques, the reputation of the Church as they have done over the past years.