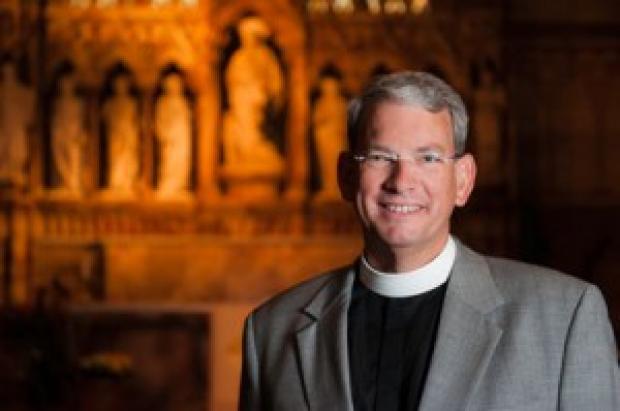 Controversial Episcopal Seminary Dean Kurt H. Dunkle, who presided over a time of turmoil and attempted rebuilding at General Theological Seminary (GTS) has announced he will step down at the conclusion of the academic year.

Dunkle has served as the seminary’s top official since October 2013, when he was recruited from the Episcopal Diocese of Florida to lead the school. He noted at the time that he did not hold a PhD but described himself as a turnaround artist: “I fix broken things.”

“After about a year of prayer, discernment, and most recently conversation with our board leadership, this morning I told the entire Board of Trustees that this will be my last academic year as Dean and President of General Seminary,” Dunkle wrote to the GTS community on November 9.

Dunkle stated his discernment that the “Holy Spirit is calling me to conclude that season and make room for the next person called to lead General. It’s not about any particular event or circumstance.” The seminary dean wrote that he did not know “who God might be preparing to call next to General nor do I know what God has in store for me.”

Once regarded as the church’s flagship seminary, General’s position receded as the school’s enrollment decreased. Properties on its leafy campus in Manhattan’s tony Chelsea neighborhood were sold off to developers in order to pay down $40 million in debt, part of decades-long financial issues.

Dunkle sought to reposition the school, which had struggled long before his arrival. He is perhaps most known for, in conjunction with the school’s Board of Trustees, effectively firing all but two fulltime faculty in a heavily publicized 2014 dust-up. He infamously booted from campus a credentialed Associated Press reporter seeking comment on the faculty dismissals.

Conflict at the Episcopal Church’s oldest seminary erupted into public view in autumn 2014 when eight of the school’s ten full-time faculty members were effectively dismissed. Faculty authored a letter to the GTS Board of Trustees protesting a series of alleged abuses involving the dean. Most of the dismissed faculty later returned “provisionally” to work at the school for the remainder of the academic year.

According to the Association of Theological Schools, the seminary counts fifty students (with a fulltime enrollment equivalent of 40.4) and five fulltime faculty. This is down from the 61 enrolled seminarians at the end of the 2013-2014 school year.

“Together we have accomplished tons since 2013, from huge to tiny and all of it was important,” Dunkle concluded in his letter. “As I discussed with our entire Board, part of being a healthy institution also means a leadership change which rolls along in the usual course of things.”