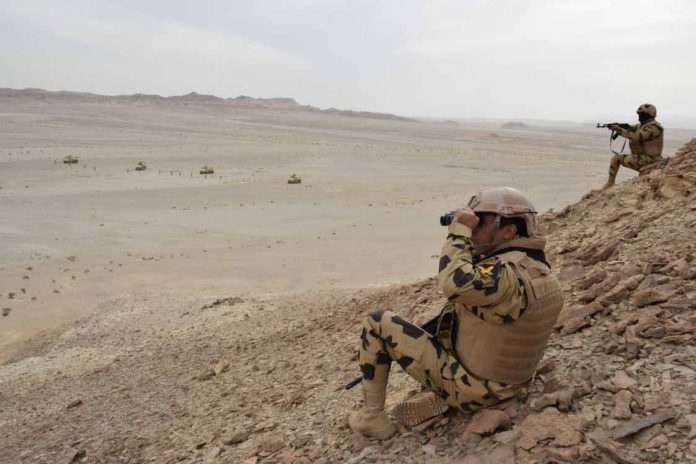 The Archbishop of Alexandria has released a statement on 30 Aug 2020 mourning the death of Egyptian soldiers in battles with Jihadists in Northern Sinai.  Archbishop Mouneer Anis said on Facebook, “The martyrs [soldiers] gave their good blood as a price for the security and stability of Egyptians.” He prayed the Lord would bless them and grant their families patience and peace.

On Sunday the Egyptian army reported it had killed 73 jihadists in military operations in North Sinai. A statement by the Egyptian army quoted by AFP said that the operations had targeted “homes of terrorists” and “takfiri elements” leading to “the deaths of 73 takfiris in northern Sinai” between 22 July  and 30 August 2020. The statement noted “three officers and four soldiers were killed or wounded ” in the clashes with the Sinai Province, the ISIS affiliate in Egypt.

Approximately 930 jihadists have been killed in battles with the army in the Sinai since a state of emergency was declared in April 2018 after two ISIS suicide bombings of Coptic churches in Alexandria and Tanta killed 45 people.

The Archbishop said jihadist terrorism will not halt Egypt’s drive towards modernity. He praised the army and police for their courage in the battle against terrorism and the “evil forces” at work that sought to destroy Egypt.