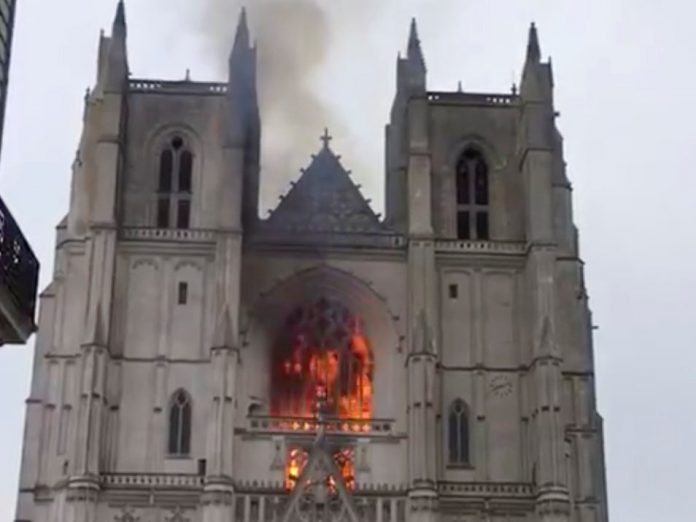 A Rwandan refugee detained but later released following a fire at St. Peter and Paul’s Cathedral in Nantes during the morning hours of 18 July 2020 has been re-arrested by police and has confessed his guilt.

Nantes Public Prosecutor Pierre Sennès, on 26 July 2020 said the suspect had been charged with arson and faced up to 10 years in prison. “We have determined that the man was in the area of the cathedral the morning the fire broke,” Mr. Sennès told the newspaper Ouest-France. “We noticed, in two or three locations where the fire started, troubling elements that could corroborate a criminal act,”

Police arrested the 39 year old volunteer, known as Emmanuel, following the fire which destroyed the cathedral’s 17th century organ, a painting and stained glass windows above the organ. Emmanuel had worked for several years as a volunteer at the church and as an altar server, and had been responsible for locking the building on Friday evening.  He was questioned by police after investigators found no signs of forced entry, but was later released.

On 26 July 2020 Emmanuel’s attorney, Quentin Chabert, said his client had admitted his guilt after he was questioned a second time. “My client is relieved to have told the truth,” and “regretted his act”, the lawyer told reporters.

Three fires were deliberately set around the organ area, investigators found, and excellerants were used to spread the fire.