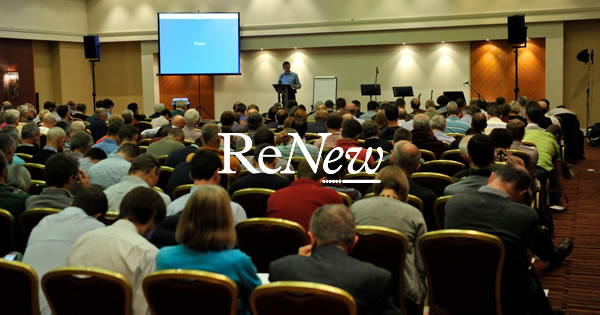 A leading campaigner against bullying and abuse in the conservative evangelical constituency in the Church of England has urged the chief executive of a major UK safeguarding charity not to participate in the upcoming ReNew Conference.

Kate Andreyev, wife of the Revd Michael Andreyev, who was subjected to a campaign of church bullying in which the serial abuser Jonathan Fletcher took part, today urged Mr Humphreys via Twitter:

‘Please don’t speak at the ReNew conference with Jonathan Fletcher’s close friends who “managed” that abuse. You will give them credibility with the ReNew constituency.’

The ReNew Conference of Anglican conservative evangelicals, launched in 2013 under the ‘Shoulder to Shoulder’ catch-line, is a joint initiative between the Church Society, whose members belong to the Church of England, and the Anglican Mission in England, which is part of the GAFCON movement and operates independently of the CofE.

In a widely-read article on Surviving Church last December, Mrs Andreyev described her family’s experience at the CofE conservative evangelical church where her husband was vicar, now on leave. She said that leaders of the ReNew movement, who were close associates of Fletcher, supported bullies in the church who wanted to drive her husband out of the parish.

Of Fletcher’s involvement in the bullying she wrote: ‘Jonathan Fletcher is a powerful influence in our constituency. In letters and phone calls, Jonathan intimated that we were to blame, for what independent observers could see was harassment and bullying.’

Mr Humphreys’s charity is currently conducting a lessons learned review  into the Fletcher abuse scandal, commissioned  by Emmanuel Wimbledon, the south-west London church where Fletcher was vicar until his retirement in 2012.

So far Mr Humphreys has not responded to Mrs Andreyev’s plea not to speak at the ReNew Conference.