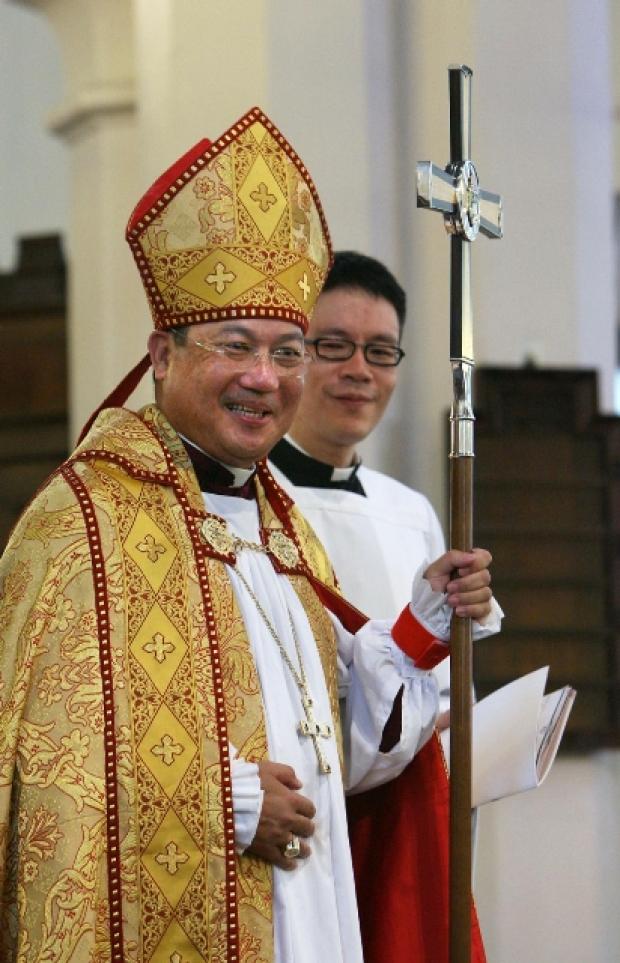 Chinese authorities are legislating the controversial National Security Law in response to 2019 Hong Kong anti-government protests. Instead of proposing the bill through the Hong Kong legislative council, for the first time, the Chinese government legislates the law in National People’s Congress Annual Assembly in May 2020 on behalf of Hong Kong. Such legislation is widely regarded as a violation of one country two systems promised by the basic law. In response, the United States declares that Hong Kong has already lost its autonomy, while MPs in Westminster argue that China may have already broken the Sino-British Joint Declaration. Hong Kong Police brutal crackdown of protests have already occupied the world news headlines since last year. However, the global Anglican communion remains silence to the humanitarian crisis in Hong Kong, and the chair of Anglican Consultative Council, Paul Kwong, is even a keen supporter of the Chinese Communist Party.

While comrade Paul Kwong should be formally addressed as ‘the Most Revd’ considering the fact that he is currently the Archbishop and Primate of Hong Kong Sheung Kung Hui (Anglican Church), being a long-term friend of CCP and the enemy of Hong Kongese, he deserves the title comrade. Being a well-known pro-communist bishop, he has been criticised by Hong Kong Christian community since 2014 when he mocked the arrested protestors who complained of poor treatment in the police stations in his homily at St Paul’s Church, suggesting that they should ‘bring along their Filipino maids to the march’. In the same homily, he insisted that Hong Kong only has partial autonomy instead of full autonomy. While he suggests that ‘silence is better than saying anything,’ he never stops expressing his pro-Beijing political stand in homilies, pastoral letters and public occasions. For example, he openly condemns Hong Kong protestors who protested against the extradition bill and stormed Hong Kong Legislative Council in 1st July 2019.

Comrade Kwong has been serving as a member of the Chinese People’s Political Consultative Conference (CPPCC), a political advisory body in the People’s Republic of China since 2013. As an active member of CPPCC, unsurprisingly he endorses the recent legislation of the national security law. In a press conference at CPPCC, together with the Buddhist abbot Kuan Yun (寬運), comrade Kwong states that ‘religions support peaceful demonstration but renounce violence, so now the legislation of the national security law by NPC is a necessary measure to fill a loophole and reform the laws.’ In other words, comrade Kwong openly endorses the legislation of a controversial law which has never been debated and approved in the Hong Kong legislative council following the instruction of the basic law. However, since comrade Kwong never believes in Hong Kong autonomy, his official statement is still consistent with his political belief.

It should be noticed that comrade Kwong is also the chairperson of the Anglican Consultative Council, an assembly to facilitate the co-operative work of the churches of the Anglican communion. As a representative body of the global Anglican communion, however, ACC remains silences to Hong Kong humanitarian crisis since the outbreak of anti-government protests in 2019 summer. After all, ACC is currently led by a communist archbishop endorsing the Chinese government, who prosecutes Christian, arrests clergies and laypersons, demolish church buildings and imprisons and massacres Uyghurs in re-education camps.

How should the global Christian community perceive Anglican communion, which is led by a bishop endorsing Communists’ prosecutions of Chinese Christian? Endorsing CCP is as evil as endorsing Hitler, Stalin or Idi Amin. If German Lutheran and Catholic support to Nazi regime during the World War II are condemned by contemporary Christian, Anglican should express equal denouncement of the CCP regime rather than electing a pro-communist ‘archbishop’ to be a leader of the global Anglican communion. Moreover, comrade Kwong would not be able to escape from sanctions which are likely to be imposed on all members of CPPCC and NPC by the West, and the sanctions may extend to HKSKH if the church is regarded as a major ally of the Chinese government.

As it is written in the bible, ‘Happy are those who do not follow the advice of the wicked, or take the path that sinners tread, or sit in the seat of scoffers.’ (Psalm 1:1) Anglican are Christian first. Christian membership outweighs Anglican membership. Provinces should reconsider their membership of the Anglican Consultative Council unless the council has made a clear statement on the current humanitarian crisis in Hong Kong and China and dismissed comrade Kwong.