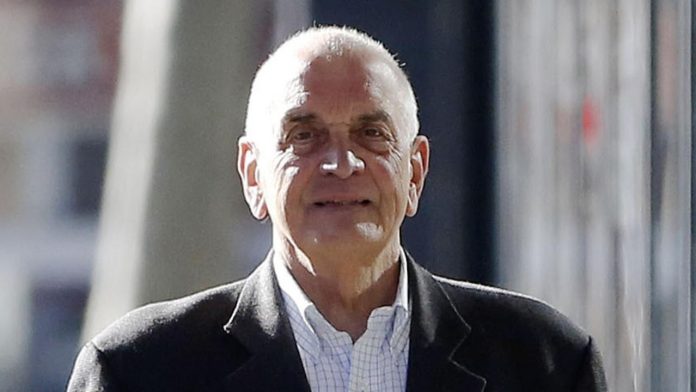 Graeme Lawrence is Australia’s most senior (former) Anglican clergyman to be locked up for child sex offences.

The unmarried and likeable Lawrence was the Anglican Dean of Newcastle for 25 years. He ruled over Christ Church Cathedral. Every bishop that came to Newcastle knew that Lawrence was not to be crossed. He was the real master conductor of the Diocese. In fact, one bishop who refused to conform told the Royal Commission, “I am the bishop who is not welcome in his own cathedral”.

Lawrence was well-connected within the church, with lawyers and with business people. He had lots of friends at the Newcastle Club, an old private club adjacent to the Cathedral where Lawrence was a regular and an Honorary Member.

But his ‘good old days’ are over.

Graeme Lawrence, aged 77 years, is now defrocked and a convicted paedophile. He’s been sentenced to eight years in prison. He’ll serve at least four and a half years behind bars before having any hope of parole.

He was one of many unsavoury characters who lurked within Newcastle’s Anglican Church for decades.

He retired in 2008. Less than two years later, the first allegations started to surface about his role in enabling the cover-up of his paedophile friend, Father Peter Rushton.

Rushton was accused of sexually abusing hundreds of boys throughout his forty-year career as an Anglican priest.

Bishop Brian Farran spoke up in 2010 and alleged Rushton had molested boys who served during church services or he “arranged to make it happen”.

One of Rushton’s victims, Mr Paul Gray, recounted in horrifying detail how the priest abused him repeatedly between the ages of 10 and 14.

Rushton allegedly cut Gray’s back with a knife and smeared his blood to “symbolise the blood of Christ”.

The demonically-charged Rushton died in 2007 without ever being convicted.

Lawrence had for years conspired to keep Rushton out of trouble, enabling him to continue inflicting trauma to hundreds of boys in the Church.

Lawrence was one of a “gang of three” including Reverend Bruce Hoare and former Diocesan Registrar Mr Peter Mitchell who are all believed to have covered up Rushton’s crimes. Mitchell, who was once the Diocesan Treasurer, went to jail in 2002 for defrauding the Church of nearly $200,000.

Some have alleged Lawrence was part of a series of networks actively supporting Anglican child sex offenders around Australia for decades.

Lawrence even took phone calls from child abuse victims at the Church’s child sexual abuse hotline. He was an expert at deflecting attention away from himself.

Lawrence was sentenced in October 2019 for grooming and sexually abusing 15-year-old Ben Giggins in 1991. He molested him at the Church-owned residence where Lawrence lived, next to Christ Church Cathedral.

N.b. On 27 April 2020 the Australian press reported Lawrence would not appeal his conviction.