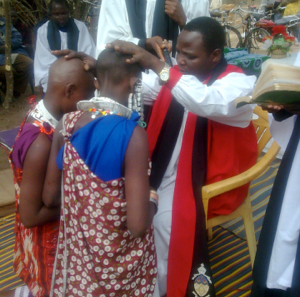 The President of Tanzania issued a three day call of prayer last weekend to ask for “the intercession of the Most High against the new coronavirus.”.

“Tanzanian compatriots, because of the pandemic, I urge you to use these three days, from April 17 to April 19, to pray God for His protection and healing,” tweeted President John Pombe Magufuli

Unlike other East African nations, Tanzania has not imposed travel restrictions or closed its borders, but has closed schools and suspended social gatherings. Churches and mosques in Tanzania, however, have remaind open.

As of 21 April 2020 Tanzania has reported 254 cases with 10 deaths attributed to the virus since the first case was reported on 16 March.  Health Minister Ummy Mwalimutold reports the cases were centered in Dar es Salaam, in the city of Mwanza on the shores of Lake Victoria and in northern Kilimanjaro.

Anglican churches have remained open throughout the pandemic, and sources report the majority of congregations have adopted social distancing and eliminated a common communion cup.

The Rt. Rev. Godfrey Sehaba of Morogoro told the Guardian newspaper he had asked his diocese to commit to three days of fasting and prayer in response to the president’s proclamations. Prayer was a powerful weapon in the believer’s arsenal to combat the virus, he said.  “If you read the Bible you will discover that most people were saved from their sins through fasting and prayer.”