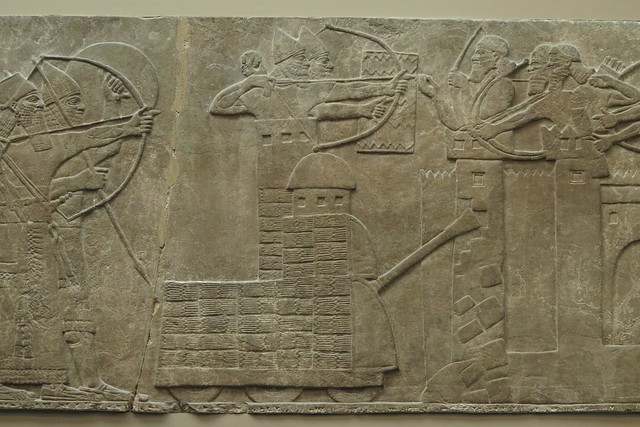 Note: For anyone joining this series in Week 2 (you can find the consolidated Week 1 here), we are continuing the verse-by-verse exposition of George Herbert’s sonnet “Prayer” assisted by the fine book by Dennis Lennon, Turning the Diamond: Exploring George Herbert’s Images of Prayer.

Here is the sonnet in full.

Dennis Lennon, in his brilliant commentary Turning the Diamond: Exploring George Herbert’s Images of Prayer, comments on this phrase:

We pray because prayer works. We wouldn’t if it didn’t; and we certainly wouldn’t spend time meditating on an old prayer-sonnet. Prayer works, not on account of any excellence in our practice of prayer, but because, and only because, we pray in the name of Jesus… Just how God answers our prayers, the manner and the timing, is a mystery we leave among “the secret things which belong to the Lord our God” (Deuteronomy 29:29)….

We pray because prayer works, and because it changes things. It changes the world and it is able to penetrate the hearts of men to change their ways. According to this latest facet of Herbert’s diamond, prayer even “changes” God, in the sense that a captor “changes” his prisoner. This hair-raising, staggeringly risky picture takes up the idea of the old military engineers constructions for siege and assault, his “engine” to batter the enemy’s defences, tunnel under his trenches and blow open the gates of his fortress….

Prayer as “engine against the Almighty” is supported by examples from throughout scripture. We will settle for one, the great seminal episode, which is the origin and  source of the belief that heaven and God welcome our onslaught in prayer: Jacob at the river Jabbok (Genesis 32:22-32).

If ever a man needed divine intervention it was Jacob at that moment. His brother Esau, the one he famously swindled out of his inheritance, was on his way to find him with four hundred men, doubtless determined to settle an old score. Not surprisingly, Jacob was in great fear and distress (v. 7), alone and waiting for Esau to catch up with him. But he had God’s promise, given in the ladder dream (28:1-19), a reaffirmation of the ancient and unconditional covenant promise made to Abraham and his descendants, chosen to carry forward the covenant on behalf of the world: “I am with you and will watch over you wherever you go… I will not leave you until I have done what I have promised you” (28:15). How a man in a tight corner can put that promise to work is unforgettably demonstrated in what happened next.

This was the moment, if ever there was one, for God to come through with his promised protection and blessing. How do you picture to yourself God’s blessing coming into your life? Like an empty container waiting to be filled, perhaps, or a parched garden watered by a downpour of rain. But in this moment, when Jacob and his future nation receive their new name of “Israel,” God invites him to wrestle for his blessing. “So Jacob was left alone, and a man wrestled with him till daybreak” (32:24). We know “the man” was a theophany, God incognito, for next day Jacob named the place Peniel, meaning “I saw God face to face” and lived to tell his story.

What passed through Jacob’s mind as he grappled with his opponent, crashing around on the bank and in the river? At some point the realization dawned (or was it a lightning flash of revelation?) that he was fighting with a God-man, a man representing God: God-as-this-man. Instead of the textbook orthodox reaction – leaping back as if he had touched ten thousand volts, or falling flat on his face in abject submission – he seized the moment to claim full payment of the promises. What had been given in words – heard in the head, mediated through intellectual processes, carried in the memory – is now incarnated; the promise is here in flesh and blood gasping, panting and in his grip. Now he will hold God, literally, to his word. No question here of theological subtleties, God had fallen into his embrace and Jacob will not let him go: sweat, pain, exertion, until he had wrestled God to the ground. Queensberry rules do not apply here where a man holds God to his word. When the man-God pleads for an end to the match Jacob responds with an even stronger hold.

Here is the paradoxical logic of prayer as an “engine against the Almighty.” Only God can bless, but he allows himself to be overwhelmed and taken. “I will not let you go unless you bless me.” Is there an element here of God testing out our quality: the quality of our seriousness and single-mindedness in our relationship with him?…. In other words, by allowing prayer to become an “engine against the Almighty,” God is saying to us “I meant it – do you mean it!”

I just wrote a commendation for a forthcoming book titled The Road to Jericho by Elizabeth “Betsy” Hake, a long-time missionary in Honduras. Betsy studied form criticism from me thirty years ago and then went out to storm the barricades of poverty, sexual exploitation and child neglect. She writes of her calling:

Gradually I began to see that it was exactly because I had nothing in my background or experience that would allow me to depend upon myself for this ministry. It would have to be the sole work of God. Suddenly it made perfect sense. This way God would receive the glory.

Betsy’s improbable Jericho Ministries, is an example of prayer (and fasting) as an “engine against the Almighty,” an inspiration to me and others who know her and have been blessed by her work.

What about the second phrase: “sinner’s tower”? It seems to me the image here is the defensive version of “engine against the Almighty.” We are ensconced atop God’s mighty fortress and we pray with the boldness of justified sinners. This is the gist, I think, of Luther’s advice: “Sin boldly, but believe and rejoice in Christ even more boldly, for he is victorious over sin, death and the world.” We resist the temptations of the world, the flesh, and the devil, not by walking past trouble on the other side like the priest and the Levite but by risking contamination (so real in today’s coronavirus plague), recognizing that our defense is sure in God’s Word: “No temptation has overtaken you that is not common to man. God is faithful, and he will not let you be tempted beyond your ability, but with the temptation he will also provide the way of escape, that you may be able to endure it” (1 Corinthians 10:13; cf. 1 John 2:1-2).

For the Christian, prayer equips us with the whole armor of God, offensive and defensive: hence it is the “engine or the Almighty” and the “sinner’s tower.”

Tomorrow we move to the next phrase, the equally counter-intuitive phrases: Reversed thunder, Christ-side-piercing spear…