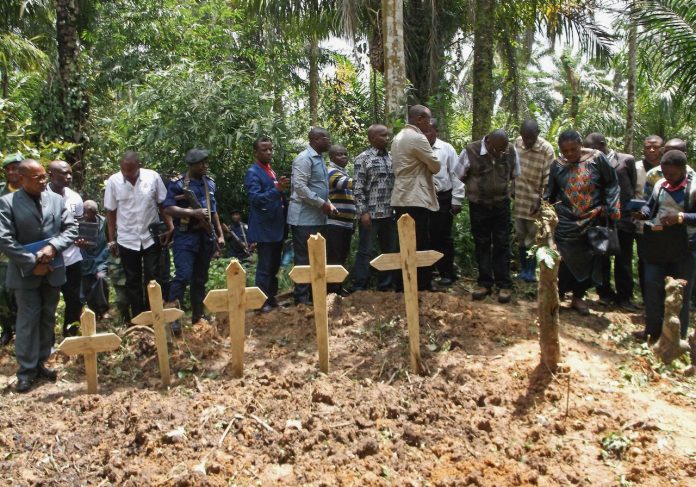 Muslim terrorists believed to be part of the ADF (Allied Democratic Forces) have murdered 30 Christians in attacks on four villages in the Nord Kivu province of the Democratice Republic of the Congo. The new massacres follow attacks 29 Jan 2020 that left 36 dead, including the Anglican Archdeacon of Eringeti, who was martyred after he refused to renounce his Christian faith.

The ADF descended on the village of Makeke later that day and killed three women and four men with machetes. One of the ADF terrorists was captured by the police. However the ADF returned in force to the village and attacked the police post freeing their comrade. They left the village with 9 captives to transport their loot.

Agenzia Fides reports upwards of 20,000 have fled the area surrounding the villages to take shelter in the city of Beni. However, with 200,000 IDPs already housed in refugee camps outside Beni, many had to be turned away to find shelter in the forest, CEPADHO reported.

On 29 Jan 2020 the Ven. Ngulongo Year Batsemire, the Archdeacon of Eringeti, and his wife were captured by ADF terrorists as they were walking to their fields. They demanded the archdeacon Ngulongo tell them where they could find other pastors and demanded he convert to Islam. When the father-of-ten refused to renounce Christ, the jihadists martyred him. His wife’s life was spared. The ADF entered the villages of Manzingi, Mebendu and Mayabalo later that day, going door to door, killing and robbing as they went.

These new massacres bring the number of civilians killed by the ADF in the Beni region to 312 since 30 Oct 2019, the date of the start of the latest government offensive by the FARDC against the rebels in Beni.