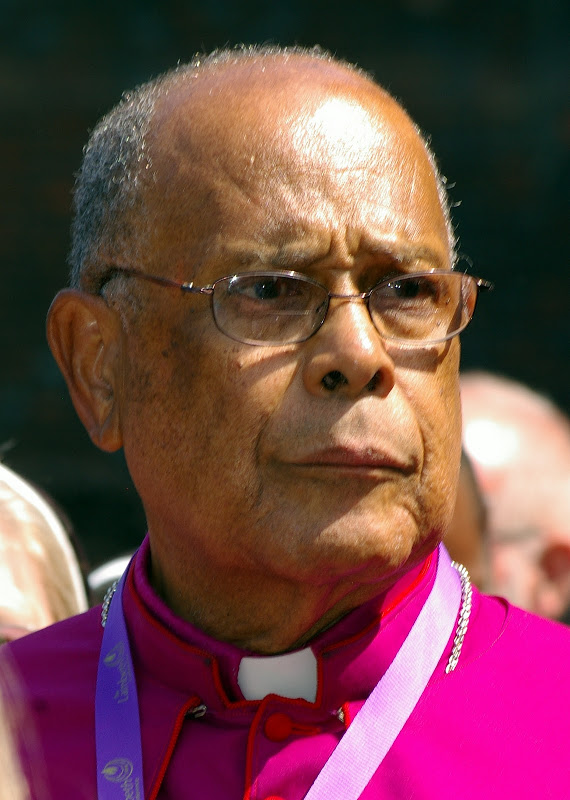 The 13th Bishop of Jamaica, the Rt. Rev. Alfred Charles Reid died at his home in Manchester December 2, 2019.  The Bishop, was in his 82nd year.

Bishop Reid was elected Diocesan Bishop on December 12, 2000, in succession to the late Bishop Neville deSouza. He was enthroned in the Cathedral of St Jago de la Vega on January 25, 2001, and served until his retirement in December 2011.  At the time of his election, he was the Suffragan Bishop of Montego Bay, having been elected to that position in 1980. He, therefore, served as a bishop for almost 40 years.

A graduate of St Peter’s College, he was admitted to the Diaconate in 1960 and ordained to the priesthood in 1961. He served for five years as Curate at the St James Parish Church in Montego Bay before assuming responsibility for the Lucea Cure in Hanover. His subsequent assignments included Rector of the Vere Cure in Clarendon, Rector of the Stony Hill Cure in St Andrew, Chaplain of the Jamaica Defence Force and Acting Warden of the UTCWI.

One of his major achievements was serving as chair of the Provincial Liturgical Commission which was responsible for printing the Book of Common Prayer in 2007 and for publishing the CPWI Hymnal in 2010. He was also a member of the Ecumenical Association of Third World Theologians and the International Anglican Liturgical Consultation.

Regarding his achievements, the programme of the Celebratory Banquet held in his, and the late Bishop Don Taylor’s honour on October 7, 2001,  commemorating their  50th anniversary of ordination to the Priesthood said:

“He represented a generation of Church leaders who have successfully laid the foundation for the Jamaicanisation of the Anglican Church to create a decisively indigenous identity and to engage the community which it serves ” and he has worked to “preserve the heritage of the Church, while, at the same time, promoting innovative religious expression”

Among his honours are the Order of Jamaica (OJ) bestowed in 2005 and the honorary degree of Doctor of Divinity from the Episcopal Divinity School. He and Gloria, his wife of over 50 years, have three children – Randall, Annette and Damian and four grandchildren.