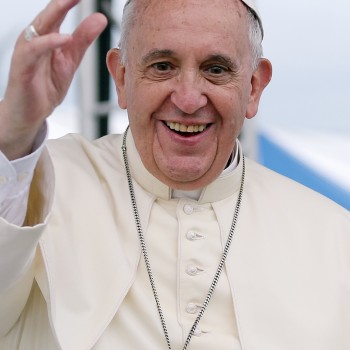 The Vatican press office has denied a claim made by Italian journalist Eugenio Scalfari that Pope Francis told him that he does not believe Jesus is God.

Anyone who has had the good fortune to meet with him and speak with him in utmost confidence—as I have done several times—knows that Pope Francis conceives of Christ as Jesus of Nazareth: a man, not an incarnate god. Once incarnate, Jesus ceases to be a god and become a man, until his death on the cross.

He went on to say that Francis told him “I am convinced that Jesus of Nazareth, once he became a man, although he was a man of exceptional virtue, was not a god at all.”

In response to the claim by the editor of La Repubblica, the Vatican press officer released a statement on 9 Oct 2019.

As has been affirmed on other occasions, the words that Dr. Eugenio Scalfari attributes between quotes to the Holy Father during his colloquies held with him cannot be considered a faithful account of what was effectively said, but represent more a personal and free interpretation of what heard, as appears entirely evident from what was written today concerning the divinity of Jesus Christ.

The claim the pope does not believe that Jesus is God, follows assertions over the past few years by Mr. Scalfari that the pope does not believe in the reality of hell; that the pontiff supports allowing divorced and remarried to receive Communion; and that Communists have the same essential values as Christians. A confessed atheist, Mr. Scalfari does not record his conversations with the pope, but writes his articles based upon his memory of the conversation. This newest claim is not a new statement by the pope, he said, but had been raised in a past discussion.

The Vatican press office has disputed the accuracy of these past claims also.