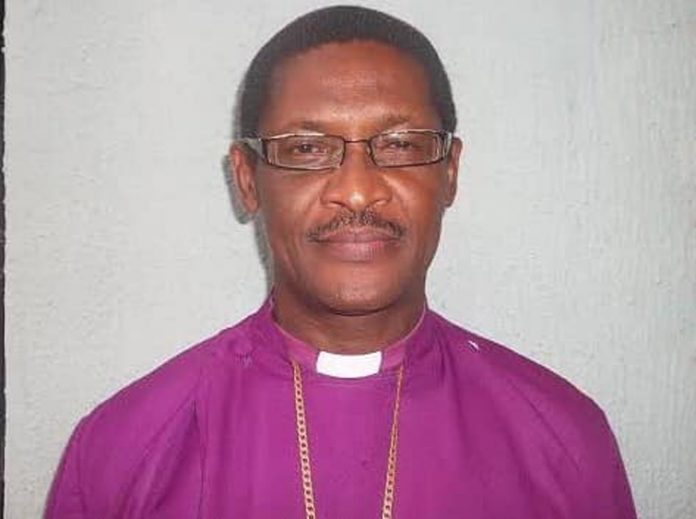 The Church of Nigeria’s House of Bishops meeting at St Peter’s Cathedral in Asaba on 24 Sept 2019 has elected the Most Rev Henry Chukwudum Ndukuba, the Bishop of Gombe and Archbishop of Jos as the next of Archbishop and Primate of All-Nigeria.

Details of the election have not yet been made public, but the Anglican Cable Network Nigeria has released this biography of the new archbishop.

The Most Revd Henry Chukwudum Ndukuba, hails from Ogberuru in Orlu (Imo State), born in Anambra state in September, 1959.

And whereas the said Henry Chukwudum Ndukuba was ordained into the Holy Orders in September, 1989. He rose though its rank and was elected Pioneer Bishop of the Diocese of Gombe. He was consecrated on the 21st September, 1999. On 25 November 1999 the new diocese was inaugurated as the 71st diocese of the Church of Nigeria.

And whereas at the Standing Committee of the Church of Nigeria (Anglican Communion) holding at St Paul’s Cathedral Diobu Port Harcourt on the 22nd September 2017, the Rt Revd Henry Chukwudum Ndukuba was elected as Archbishop of the Ecclesiastical Province of Jos.

And now, September 24th 2019 in an Episcopal Synod at the Standing Committee meeting of the Church of Nigeria (Anglican Communion) holding at the Cathedral of St Peter, Asaba. The Most Revd Henry Chukwudum Ndukuba is elected, 5th Archbishop, Metropolitan and Primate of All Nigeria.

The Primate Elect is currently the Bishop of Gombe Diocese, Archbishop of the Ecclesiastical province of Jos and Chairman of the Liturgy and Spirituality Committee of the Church of Nigeria.

Furthermore, the Primate Elect, is a sound Biblical Scholar, Teacher, Master liturgist, Pastor and an accomplished Evangelist. He loves the Lord Jesus Christ and has a great heart for the Word of God and also a prolific writer.

He will assume office in March 2020 at the expiration of the term in office of the current Primate of the Church (The Most Revd Dr Nicholas Okoh).

He is married to Angela Eberechukwu Ndukuba with Children and hails from Ogberuru in Orlu (Imo State).