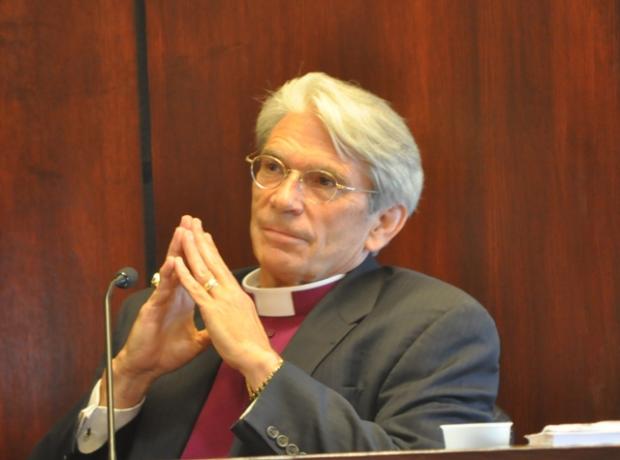 “We’re disappointed, of course,” said the Rev. Marcus Kaiser, Rector of the Church of the Holy Comforter in Sumter, who serves as the President of the Standing Committee, which also serves as the Diocese’s Board of Directors. “But changing our name doesn’t change who we are, or who we’ve ever been. It simply changes the name under which we operate.”

The Standing Committee met Friday morning and unanimously voted to adopt the name “The Anglican Diocese of South Carolina.” Although Counsel for both the Diocese and the Parishes who are studying the order believe it likely will be appealed, even erroneous orders still must be obeyed. “I am grateful,” noted Bishop Lawrence, “for the faithful response of our Standing Committee, the diocesan staff, and legal team in seeking to comply with this order.  We work not in fear, for as St. Paul has reminded us, God has not given us a spirit of fear but of power and love and a sound mind.”

On August 28th , in one of two state cases regarding the ownership of parish and diocesan property,  Judge Edgar Dickson issued an order adverse to TEC and TECSC. He rejected their request to dismiss the diocese and parish claims to recover the value of improvements to parish and diocesan real property under the Betterments Statute if it is decided that TEC has title to those properties. He also stated that he had yet to rule on motions before him concerning the question of whether the five separate opinions of the Supreme Court found that there has been any Diocesan or Parish loss of property.

The state cases were ordered to be mediated by Judge Dickson which will be held on September 26th. That mediation, which had been scheduled for earlier this month, was postponed due to Hurricane Dorian.