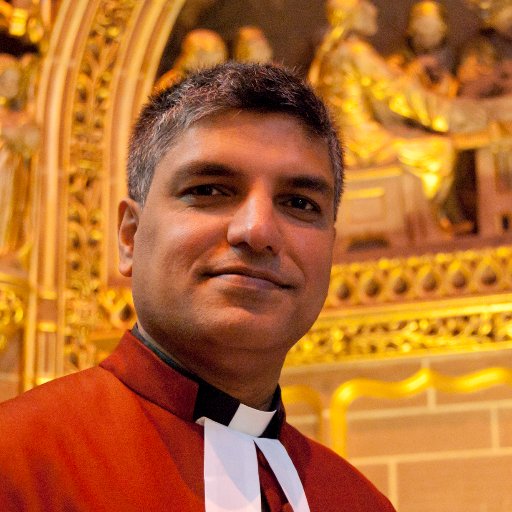 Dr Gomes, who edits the Rebel Priest media website, was due to speak on Thursday on the subject of ‘Feminism was women’s great enemy—until transgenderism came along’.

The lecture had been booked for months, the publicity had been done and video-filming arranged for the venue. Cancelling the booking at this short notice, two days before the event, left organisers with very little time to find a new venue, meaning the public lecture could not go ahead at all.

Such are the threats to freedom of speech in Britain from violent left-wing activists that there were already additional security arrangements in place and Dr Gomes had been warned to bring a change of clothes in case someone ‘milkshaked’ him.

Diversity evidently does not include this speaker and his views – despite Dr Gomes being a scholar of Indian origin with a doctorate from Cambridge.

Last month, Men’s Rights Activists in Cambridge (including a woman) were attacked with a milkshake as they sat in a pub. This followed a spree of such attacks on conservative politicians during the European elections.

Dr Gomes’ lecture was planned for Hilary Term so students would be able to attend and hear an alternative point of view to those they might usually encounter on university courses or in the media.

However, the city council were clearly not keen on students being exposed to such dangerous words and ideas and cancelled the booking because it threatened their policy on ‘valuing diversity’. A diversity which evidently does not include this speaker and his views – despite Dr Gomes being a scholar of Indian origin with a doctorate from Cambridge.

Ian Brooke, Head of Community Services, who has a degree in Leisure Management, wrote on Twitter:

Twitter users – including some LGBT folk – poured contempt on the council’s claim to support free speech when they were not prepared to host views they might disagree with or to which someone might take offence.

Indeed, to ban all ‘discriminatory’ speech – an ill-defined category which could cover anything that criticises anything covered by the 2010 Equality Act (sex, race, religion, sexual orientation, gender reassignment and so on) and more – and claim to ‘support the principle of free speech’ is to speak nonsense, in contradictions.

There may be limits on civil and decent discourse – there is rarely a cause for profanity, for instance, or inciting violence – but this cannot be it. Preferring to heed those who take offence and get upset over those who bring reasoned arguments aimed at truth is about as close to an outright denial of the principle of free speech as you can get.

‘We’re not closing down a discussion,’ the council retorted, the doublespeak continuing. ‘We’re just saying it’s not happening in one of our buildings.’ Yet, as a number of tweets pointed out, cancelling a lecture at two days’ notice, so that it is all but impossible to find an alternative venue, is to close down discussion, whatever you say.

Others pointed out that hosting does not imply endorsement – and the council are treading dangerous territory if they now want to suggest it does. Do they really want to be held to endorse every view expressed by every person who speaks in their buildings?

No platforming conservatives is the stuff of student politics – but in this alphabet snowflake world it has moved at frightening speed into what used to be grown-up society. Witness the shameful banning of Professor Jordan Peterson from Cambridge University in March, for nothing more than being pictured unwittingly with a fan with a provocative T-shirt.

Some asked how anyone could be distressed or offended by a lecture that no one had yet heard. The council responded: ‘We received complaints from residents who were upset by the title of the proposed lecture. As a result of this we reviewed articles on the speaker’s website and reached our decision based on the views he had previously expressed on these and similar topics.’

So there you have it: banned for heresy, for not holding the correct orthodox views as determined by the Community Services department of Oxford City Council.

Transgender activism has been particularly effective atshutting down debate and criticism.

This is yet another incident that shows how free speech in this country is under serious threat from extreme left-wing ideology that celebrates all diversity except diversity of viewpoint, and sees no reason to tolerate any critical or alternative ideas.

Descending ultimately from the theory of Karl Marx that ideas are generated by the powerful to oppress the weak, speech is seen through the lens of power relations in which any ‘conservative’ speech is treated as a vehicle of oppression or ‘hate’ that must be silenced on the road to the egalitarian utopia.

In this world there is no tolerance, only equality for all ‘lifestyles’ and silence for all who would question any aspect of this equality – both the equality and the silence being artificially brought into being by the all-powerful progressive state.

Transgender activism has been particularly effective at shutting downdebate and criticism, even in professional contexts where unwelcome research findings have been suppressed and medical academics forced out when they have preferred science to ideology and refused to toe the line.

Basic rights and freedoms are now under sustained attack in Britain and across the West and truth and science are the first casualties. Dr Gomes is just the latest victim of the authoritarian intolerance of modern left-wing progressives who cannot abide dissent. These are dark days indeed.