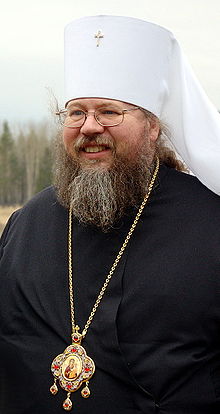 A 2006 paper delivered by Metropolitan Jonah of the OCA, speaking to the heresy of ethnophyletism — that an ecclesiastical jurisdiction be based on ethnic, national or linguistic considerations rather than local criterion.

The confusion of ethnic identity and Orthodox Christian identity, expressed by competing ecclesiastical jurisdictions, is the incarnation of phyletism. Due to this confusion of the Gospel with ethnic or political identities, multiple parallel communities, each with its own allegiance to a foreign mother church, divide the Orthodox Church in North America and elsewhere into ethnic and political denominations. This distorts the Apostolic vision, and has severely compromised the catholicity of the Orthodox Churches, in which all Christians in a given territory are called to submit to a local synod of bishops.

The problem is not so much the multiple overlapping jurisdictions, each ministering to diverse elements of the population. This could be adapted as a means of dealing with the legitimate diversity of ministries within a local or national Church. The problem is that there is no common expression of unity that supersedes ethnic, linguistic and cultural divisions: there is no synod of bishops responsible for all the churches in America, and no primacy or point of accountability in the Orthodox world with the authority to correct such a situation.

Episcopacy, Primacy, and the Mother Churches: Metropolitan Jonah by Anonymous JD8lbVnu on Scribd