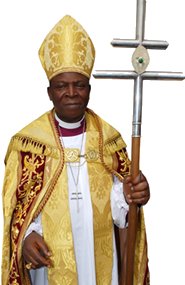 In a statement given to the media and published on 25 April 2019, the Primate of All Nigeria, the Most Rev. Nicholas Okoh responded to the news of the bombings of churches and hotels on Easter Sunday in Sri Lanka that left over 300 dead and the murder of 8 members of the Boys Brigade in Northeastern Nigeria by a security officer who ran the boys down as they were marching in a religious procession.

The archbishop condemned the terrorist attack on Christians and foreigners in Sri Lanka, and urged Christians to take precautions against further attacks.

“The bomb in Sri Lanka is part of terrorism in the world, it is a coordinated effort of evil people, we pray we don’t have it again, but more importantly we should make arrangements to protect ourselves.”

He condemned the murder of the eight boys and the lynching of the driver who ran them down, stating Nigeria had fallen far short of its potential as a godly, civilized nation.

“It is unfortunate that such a thing should happen on Easter Day,” the archbishop said in response to the Gombe murders. “It also shows that our country has not arrived, that people tolerate others.”

“People are marching, showing joy, showing happiness and somebody decides to crush them and kill so many for no reason.”

“We pray that we will not live like that again, and look forward to a better Nigeria; Nigeria that will be transformed, that has hope and a place for everybody, whatever your tribe.”