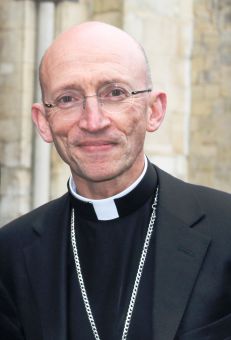 The judgement from Tim Briden on the new information about Bishop George Bell which came to light at the end of 2017 brings to an end a lengthy examination that has drawn on the recommendations by Lord Alex Carlile in his report on the Church of England’s handling of this matter from the outset.

The diocese of Chichester has rightly been called to account for its safeguarding failures of the past – shocking and shaming as they were. We hope that the culture of the diocese has changed. We believe that it has been essential to demonstrate a capacity to respond appropriately to any allegation of sexual abuse by a member of the clergy, no matter how senior, or by any person who holds office in the church. We remain committed to this. We would also want to stress the critical importance of responding with compassion and openness to people reporting abuse.

The Carlile report, and this subsequent investigation, have however shown how much we have had to learn about dealing with cases from the distant past. The Independent Inquiry into Child Sexual Abuse has already questioned the Church over its response to the Bishop Bell case and the review by Lord Carlile. We expect that their report on our two hearings – to be published later this year – will address further the complex issues that have been raised and will result in a more informed, confident and sensitive handling of allegations of abuse in the future. We have learned much about what makes for better process and continue to do so.

In particular, we have learned that the boundaries of doubt and certainty have to be stated with great care, that the dead and those who are related to them have a right to be represented, and that there must be a balanced assessment of the extent to which it would be in the public interest to announce the details of any allegation.

It became obvious that a more thorough investigation must be made before any public announcement can be considered and that the level of investigation typically undertaken for settlement of a civil claim is not adequate to justify an announcement. It is now clear that if an announcement about any other person is to be made, it must not imply certainty when we cannot be certain. We have also now understood much more besides, in particular about the trust that people place in us and their legitimate expectations of us as guardians of the inheritance of faith.

We recognise the hurt that has been done to all who have been directly involved, including the family of George Bell and those who continue to respect his achievements, as a result of the areas where we have fallen short. We apologise profoundly and sincerely for our shortcomings in this regard. The responsibility for this is a shared one, as are the lessons learnt from it.

For the future, we recognise how damaging and painful this has been. We have all been diminished by this case. The legitimate quest for certainty has been defeated by the nature of the case and the passage of time. Bishop Bell cannot be proven guilty, nor can it be safely claimed that the original complainant has been discredited. There is an uncertainty which cannot be resolved. We ask those who hold opposing views on this matter to recognize the strength of each other’s commitment to justice and compassion. Moreover, we continue to believe that the good things that George Bell did in his life will stand the test of time. His prophetic work for peace and his relationship with Dietrich Bonhoeffer are only two of the many ways in which his legacy will go on being of great significance to us in the Church and we hope and pray we can go on learning from what he has given to us.