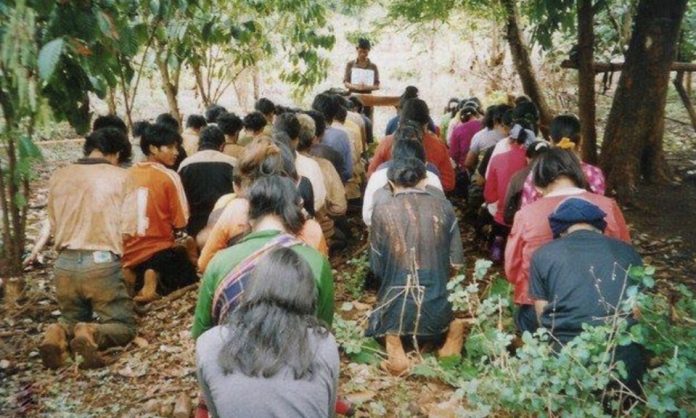 According to the Now! Campaign, an initiative involving 14 international and Vietnamese civil society organizations, the government of Vietnam is holding at least 244 in prisons or similar forms of detention. This makes the country the second largest jailer of dissidents in Southeast Asia, only behind Myanmar. In order to maintain a one-party regime, Vietnam’s communist government continues its intensified crackdown on local dissent by arresting and convicting many government critics, bloggers, Facebook users, non-violent demonstrators, environmentalists and social activists.

To suppress the growing social dissatisfaction, silence activists and discourage critics, the government has used controversial articles in the national security provisions of the Penal Code to arrest democracy activists and human rights defenders and convict them with lengthy sentences. Democracy campaigner and environmentalist Le Dinh Luong (M) was sentenced to 20 years in prison and five years of probation, the most severe prison sentence given to an activist in the past five years. The above number includes 224 who have been convicted, typically of political crimes such as “propaganda against the state” and “injuring the national unity,” and 20 others who are held in pre-trial detention. In addition, eight persons who participated in peaceful protests in mid-June of 2018 were given between five months and two years of suspended prison terms. Many bloggers, lawyers, unionists, land rights activists, political dissidents, and followers of non-registered minority religions have been arrested and detained for peacefully exercising their internationally and constitutionally protected rights, principally the right to freedom of expression, freedom of peaceful assembly and freedom of religion or belief. The list does not include individuals who have engaged in or advocated violence.

In 2018, Vietnam arrested 27 human rights activists and convicted 40 activists with a total imprisonment of 300 years and 69 years under house arrest. In addition, 64 peaceful protesters were convicted in connection to the mass demonstrations that started in mid-June, where tens of thousands of protesters opposed the two bills on special economic zones and cyber security. The demonstrators were sentenced to a total of 121 years and five months in prison and nine years of suspended prison terms.

Thirty-two of the prisoners of conscience among the 244 identified by the NOW! Campaign are female. With one exception, all of these women come from the majority Kinh ethnic group. The one exception, Rmah Hruth, is an ethnic Jarai woman who was sentenced to five years of imprisonment in March 2014. In total, 186 people, or 76.6 % of the list, are ethnic Kinh. The second largest ethnic grouping on the list are Montagnards, a loose set of religious and ethnic minorities who live in the mountains of the Central Highlands. They account for 24.2% of those on the list. Seventeen of those on the list are Hmong people and two from Khmer Krom ethnic minority.