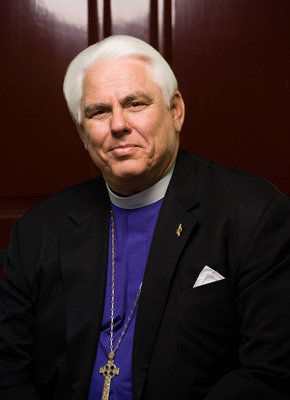 IN THE TITLE IV DISCIPLINARY MATTER INVOLVING THE

This matter arose in July, 2015 when a letter of complaint was filed and the Church Attorney prepared a Statement of Alleged Offences.  The Statement alleged violation by the Respondent of Canon IV.4.1(h)(6) (conduct involving dishonest, fraud, deceit or misrepresentation), Canon IV.4.a(h)(8) (conduct unbecoming a Member of the Clergy), and Canon IV.4.1(g) (failure to exercise his ministry in accordance with the Constitution and Canons of the Church, specifically Canon II.6.3 requiring the consent of the Standing Committee to dispose of a consecrated church.) A Conference Panel was appointed but did not resolve the issues, and subsequently referred it to the Hearing Panel, which was appointed to hear the issues set out in the Statement by the Church Attorney.

The Hearing Panel has held its hearing in which it took testimony and received exhibits.  The merits of the Alleged Offenses are currently under consideration by the Hearing Panel. This matter comes before the Disciplinary Board on appeal of the sanctions the Hearing Panel imposed upon the Respondent in the course of its proceedings.

If the Respondent has entered a contract to sell, or sold, the St. James property before the Hearing Panel has decided the case, that conduct is disruptive, dilatory and otherwise contrary to the integrity of this proceeding.  The same applies to his failure to supply information concerning the alleged sale. Canon IV.13.9(a).

The Hearing Panel imposed the sanction upon Respondent prohibiting him acting individually, as Bishop Diocesan or as Corp Sole or in any other capacity from “selling or conveying or contracting to sell or convey the St. James property until further order of the Hearing Panel.”

Subsequent to the imposition of sanctions and in the course of setting out his appeal, Respondent, by counsel, stated, “On April 19, 2017, Respondent and potential buyer, Burnham-Ward Properties, LLC, entered a Due Diligence and Confidentiality Agreement and on May 25, 2017, an Agreement of Purchase and Sale and Joint Escrow Instructions.  Escrow on the sale is to close on July 3, 2017.”  Thus, in the record of this appeal,  there is no question that while this matter was under consideration by the Hearing Panel, Respondent did, in fact, contract to sell the property which is involved as one of the elements of this dispute, to a third party.

The Disciplinary Board has reviewed the information presented to it in this appeal and has applied the de novo standard of appeal set out in Canon IV.13.9(c). Title IV’s essential purpose is to “resolve conflicts by promoting healing, repentance, forgiveness, restitution, justice, amendment of life and reconciliation among all involved or affected.” Canon IV.1.  By contracting to sell the St. James property while the conflicts involving that property were still under review and consideration by the Hearing Panel, Respondent disrupted and interfered with the integrity of the process of the Title IV proceeding.  Respondent’s actions undermined what the canons intend to be a process of reconciliation. Therefore, the Disciplinary Board determines that the Hearing Panel’s Imposition of Sanctions is appropriate under the circumstances presented. The Hearing Panel’s Sanctions are sustained and Respondent’s appeal is, hereby, denied and dismissed.

The Disciplinary Board for Bishops

Torrance Review of the Diocese of Aberdeen & Orkney