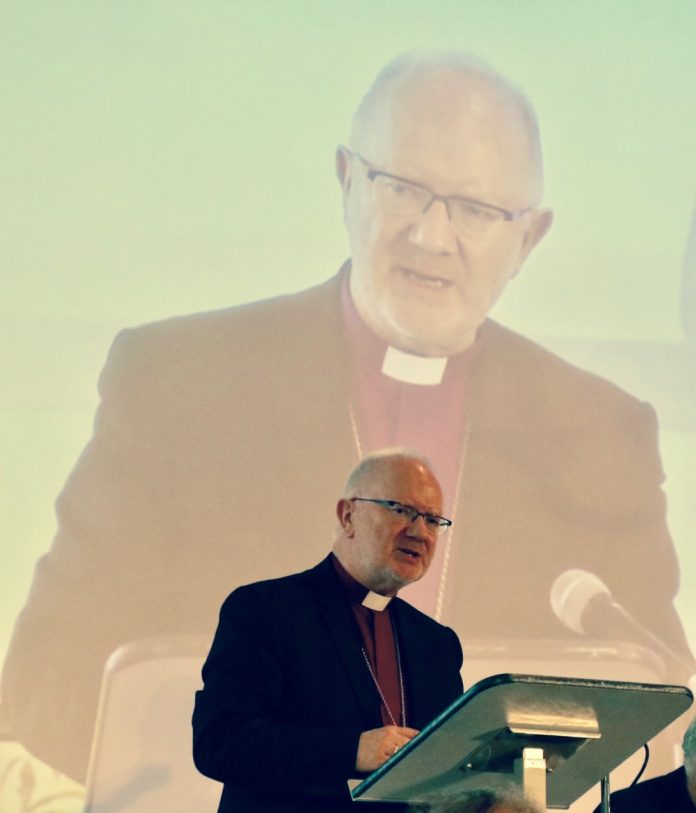 The Church of Ireland’s General Synod has declined to apologize to same-sex couples whose relationships the church has refused to bless. On 5 May 2017 the synod meeting at the South Court Hotel in Limerick rejected Motion 12, affirming the church’s traditional teaching on marriage and human sexuality.

The authors of the motion, Dr. Leo Kilroy and the Rev. Brian O’Rourke, said their motion did not seek to change the church’s teaching on same-sesx marriage. It was a pastoral measure that sought to acknowledge the “injury felt by members of the church who enter into loving, committed and legally recognised, same-sex relationships, due to the absence of provision for them to mark that key moment in their lives publicly and prayerfully in church”.

It further “respectfully requests the House of Bishops to investigate a means to develop sensitive, local pastoral arrangements for public prayer and thanksgiving with same-sex couples at these key moments in their lives, and to present their ideas to general synod 2018, with a view to making proposals at general synod 2019.”

The select committee commissioned by past sessions of synod to address the theological issues surrounding same-sex relations also gave an interim presentation on its work. Dr. Kilroy and Mr. O’Rourke are members of the select committee, and are said to be amongst the minority seeking a change in the church’s teachings. Other members of the committee were said to have been “blindsided” by the motion.