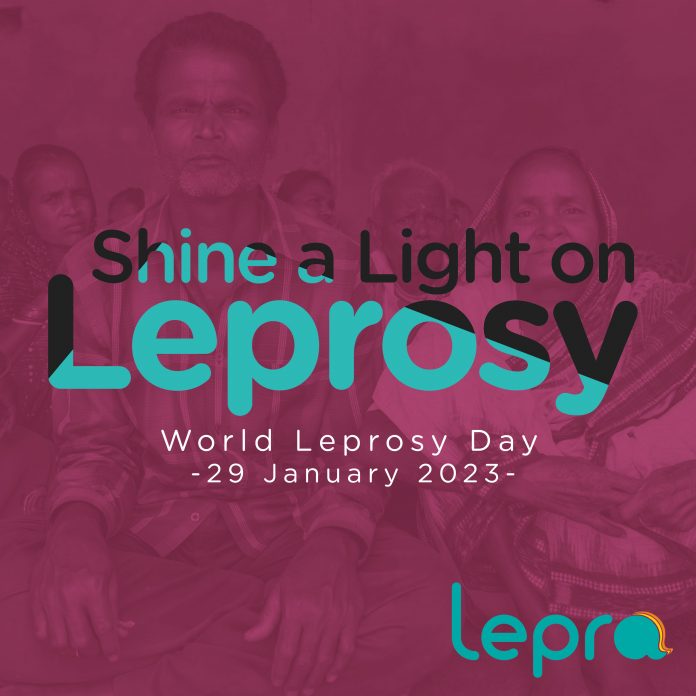 Many people think that leprosy is a disease of the past, but it is still very much of the present. For World Leprosy Day – 29 January 2023, UK-based charity Lepra, are asking people to pledge a positive action to help raise awareness of this forgotten disease.

Thought to be the oldest known infectious disease, people’s first perceptions of leprosy are shaped by biblical imagery from films like Ben Hur, and from an understanding of the profound physical impact and prejudice associated with the disease.

Over thousands of years, leprosy developed a fearsome reputation, as a disease which spread throughout humanity with terrible consequences and no known cure. But do these common perceptions surrounding leprosy really stand up to scrutiny?

No longer present in Europe, leprosy has largely become a forgotten disease. But it continues to affect millions of the world’s most vulnerable people, causing lifelong disability and discrimination. Every year, roughly 200,000 new cases of leprosy are reported by the World Health Organization (WHO), although the COVID-19 pandemic has had an adverse impact on new case detection in recent years. Roughly 60% of all cases occur in one country alone: India. And millions of people live around the world with the lifelong physical and emotional lifelong of a positive diagnosis.

Leprosy is a mysterious and elusive disease that continues to challenge scientists and health professionals alike. There is no vaccine, its routes of transmission and prevalence are not fully understood, there is no easy diagnostic test to confirm infection, and its incubation period in the body can be anywhere between 5 and 20 years.

But leprosy is entirely curable. Since the 1980s, millions of people have taken a free and available game-changing multidrug therapy that kills the leprosy bacteria in their bodies. The trick is to diagnose cases early enough, so people can get quick access to the cure and reduce the chances of developing lifelong disabilities.

UK-based charity, Lepra has been at the forefront of treatment, care, support and research of leprosy for 99 years. Over its long history, Lepra has gained important insights into this highly complex disease, and helped develop the first effective cure for leprosy in the 1950s.

In 2023, Lepra focuses its innovative, person-centred treatment and research programmes in isolated and hard to reach communities in India and Bangladesh. Working not only to support the health of people affected by leprosy, Lepra also supports the social and psychological impacts of the disease and provides training to grassroots health providers, and raises awareness to break down the myths which still prevail.

For World Leprosy Day, you can help Lepra ‘Shine a Light on Leprosy’ by pledging a positive action to help raise awareness of this forgotten disease. Even something as simple as adopting Lepra’s social media profile picture on World Leprosy Day will help support the cause.

A greater awareness of leprosy will help Lepra support community healthcare and research into the future, improving the effectiveness of case detection, treatment and holistic care, and helping reach the WHO’s target to end transmission of leprosy by 2030.

To see more examples of positive actions you could take and to make your own pledge, please visit Lepra’s website:  www.lepra.org.uk/get-involved/world-leprosy-day-pledge