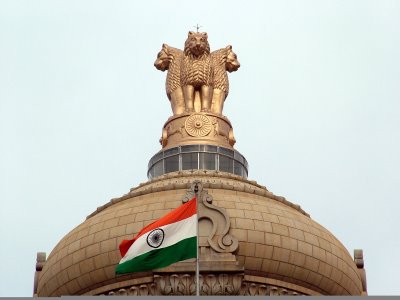 The Madhya Pradesh High Court has ordered the state government not prosecute inter-religious couples who got married in violation of a state law that prohibits religious conversion for the purpose of marriage.

The principal bench of the high court based in Jabalpur ordered the state government not to prosecute couples who got married in violation of Section 10 of Madhya Pradesh Freedom of Religion Act 2021.

The section 10 deals with the mandatory provisions that one needs to fulfill before going for conversion to any other religion from one’s current religion.

The bench of Justices Sujoy Paul and Prakash Chandra Gupta in its November 14 order said, “Till further orders, respondent (state government) shall not prosecute the adult citizens if they solemnize marriage on their own volition and shall not take coercive action for violation of Section 10 of the Act 21.”

According to the section, it is mandatory for anyone who wishes to convert to another religion to inform the district magistrate about it at least 60 days ahead of the conversion. Failure to do would lead to imprisonment for a period of five years.

The candidate will also have to give an undertaking that he or she “desires to convert on his own free will and without any force, coercion, or undue influence of allurement.”

The central Indian state’s nationalist Bharatiya Janata Party (BJP) government through an amendment to its more than five decades old anti-conversion law criminalized religious conversion for the purpose of marriage especially between Hindu women and men of Christian and Muslim communities.

The state first enacted its anti-conversion law – the Madhya Pradesh Dharma Swatantraya Adhiniyam, 1968 – with mild punishment for conversion through allurement, force or coercion.

The Madhya Pradesh Freedom of Religion Act 2021 that replaced the 1968 law making religious conversion a criminal offence and enhanced punishment making it difficult for anyone to change one’s religion.

The court, however, said, “In our considered opinion, a strong prima facie case is made out by the petitioners for grant of interim protection in relation to marriage of two adult citizens on their volition and against any coercive action for violation of Section 10 of the Act of 21.”

A bunch of seven petitions has been filed in the state’s top court demanding to set aside the amendments made to the anti-conversion law.

The petitioners said, “By way of introducing present Act unbridled, encarnalized and arbitrary powers are given to the authorities. The fundamental right of citizen to practice a religion, marry a person of his choice irrespective of caste and religion of his spouse is sought to be interfered with and taken away. If the impugned Act is permitted to stand it will not only infringe the valuable fundamental rights but will disturb the harmony of the society.”

“Every citizen has a valuable right not to disclose his belief. The citizen is under no obligation either to disclose his own religion or his intention to switch over to another religion. The religious belief is a matter personal to a citizen. State has no right to compel a citizen to disclose about his personal belief. Disclosure of religion or intention to change the religion may rather lead to communal tension and may endanger the life or limb of the convertee. The requirement of prior information before conversion as par the Act of 2021 violates fundamental right of a citizen,” the petitioners argued.

The petitioners also questioned the discrimination in punishment handed out to the same crime as specified in the law as violation of principles of natural justice.

“The ‘burden of proof ‘ is placed on the shoulders of a convertee or a person who has allegedly violated the provisions of the impugned Act. This runs contrary to the settled principle of criminal jurisprudence. If these provisions are permitted to stand, it will have ‘chilling effect’ on the citizens,” they submitted.

The state’s Advocate General Prashant Singh defended the law and appealed the court to dismiss the petitions saying, they were vague. The attorney also opposed any interim relief as the petitioners sought a stay on the execution of the law.

The court, however, dismissed his arguments and directed the state to file its reply with three weeks.

Christians and Muslims in the state had been opposing the law even before its enactment, but the state government ignored them and implemented the amendment.

They also said after the implementation of the law, the state has seen its rampant misuse and people are being targeted on false allegations of religious conversions.

Christians make up less than 1 percent of the state’s more than 71 million people. Hindus account for more than 90 percent and Muslims close to 7 percent.