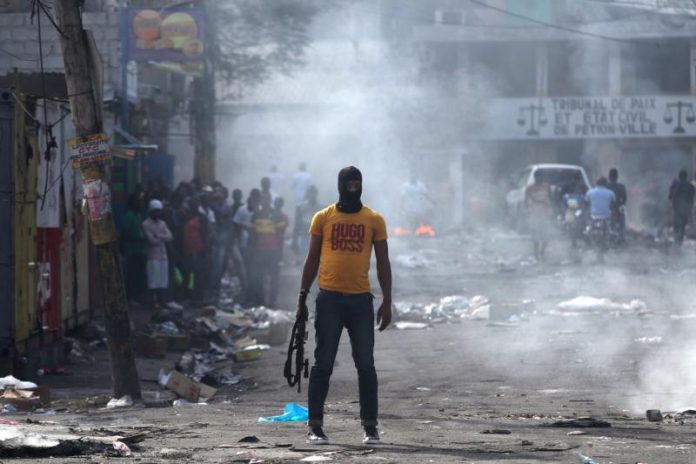 A priest and a diocesan accountant have been arrested by police in Port-au-Prince in connection with the seizure of a shipping container packed with guns and ammunition smuggled into Haiti under the name of the Episcopal Diocese of Haiti.

The Dominican Republic newspaper Listen Diario reported on 26 August 2022 the Rev. Frantz Cole had been arrested and a second priest the Rev. Jean Mardochée Vil was helping the police with their inquiries following the seizure of arms and ammunition labled as ‘relief supplies’ on 15 July 2022 at the port of La Saline.

The Haitian newspaper Le Nouvelliste on Tuesday reported the Episcopal Dicoese of Haiti’s accountant, Jean Gilles Jean Mary, had been taken into custody by agents of the Central Directorate of the Judicial Police (DCPJ).

“His arrest occurred after he signed, between 2017 and 2021, several documents authorizing the disbursement of funds from the Episcopal Church account to the account of an international arms trafficker, wanted by the DCPJ”, the newspaper reported.

The diocese of Haiti’s standing committee released a statement last week saying it had been cooperating fully with authorities.