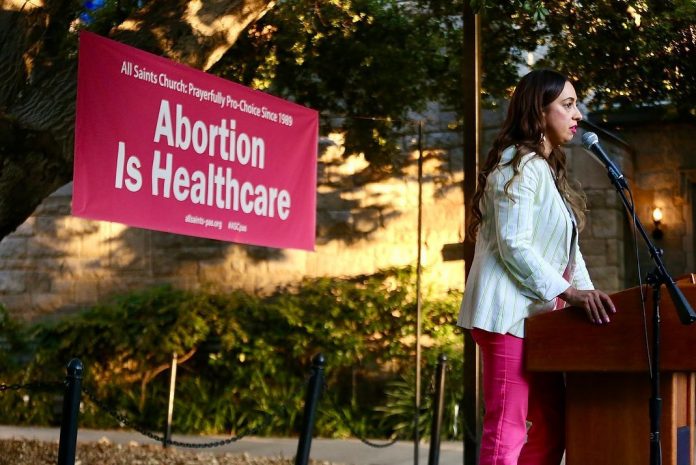 Abortion returned to prominence as a public policy matter at an increasingly reactionary Episcopal Church General Convention this week. The development follows the overturn of the Roe v Wade Supreme Court decision in June.

General Convention reasserted denominational support for legal abortion at any stage of pregnancy, but also defeated legislation condemning pregnancy resource centers. Abortion even influenced debate about a call for reconsideration of holding the 81st General Convention in Louisville, Kentucky, where the state is widely expected to stop most abortions in the coming days.

The General Convention is composed of two legislative houses: the House of Bishops and the House of Deputies, with the latter consisting of eight elected deputies (four clergy and four laity) from each diocese. Resolutions pass only if both houses concur.

Resolution D083, “Addressing the erosion of reproductive rights and autonomy” affirmed “that all Episcopalians should be able to access abortion services and birth control with no restriction on movement, autonomy, type, or timing” and “Resolved, that the 80th General Convention understands that the protection of religious liberty extends to all Episcopalians who may need or desire to access, to utilize, to aid others in the procurement of, or to offer abortion services.” It passed both houses.

Resolution D054 would have called upon Episcopal Church officials to consider the relocation of the 81st General Convention from Louisville and was discussed on the floor of the House of Deputies. It failed on a vote of 342 to 444. A separate resolution, A001 (Site for 82nd [2027] General Convention) faced an amendment, which was rejected, to strike Orlando, Florida as one of five potential sites. Florida prohibits most abortions after 15 weeks. Another prospective host city, Phoenix, Arizona, is within a state that further restricts abortion, but Orlando (the see city of the relatively traditionalist Episcopal Diocese of Central Florida) drew more attention. The final version of the resolution stated that “the Joint Standing Committee on Planning and Arrangements consider the physical and emotional well-being and safety of all members of The Episcopal Church when choosing a host location for any General Convention.”

Resolution D076, “Addressing the Ongoing Harm of Crisis Pregnancy Centers” did clear the House of Deputies after a failed effort to pull the legislation from a consent calendar intended to speed along the passage of legislation in the convention’s compressed schedule (a normal General Convention transpires across approximately nine days). The consent calendar is customarily for non-controversial resolutions (deputies from three separate dioceses could pull an item for floor consideration). The bar to pull resolutions was raised for this convention to one-third of all deputies.

The House of Bishops took up the pregnancy center resolution later in the week, rejecting it by a vote of 42-70.

Episcopalians emphasize language from the Book of Common Prayer’s Baptismal Covenant, asking candidates for baptism if they will “respect the dignity of every human being.” It is distressing to see the denomination’s governing body fail to recognize the dignity of those human beings still in the womb.

Similarly, the Baptismal Covenant calls Episcopalians to “seek and serve Christ in all persons” and to state their belief in “the holy catholic Church” and “the communion of saints”. Decisions of the General Convention to discard the teaching of the church universal concerning the sanctity of human life may no longer be surprising, but they are no less upsetting.

Those who minister within the Episcopal Church on behalf of the vulnerable, such as groups including Anglicans for Life, can live into their own baptismal vow to “persevere in resisting evil” and pray that those like us who have fallen into sin will “repent and return to the Lord.”