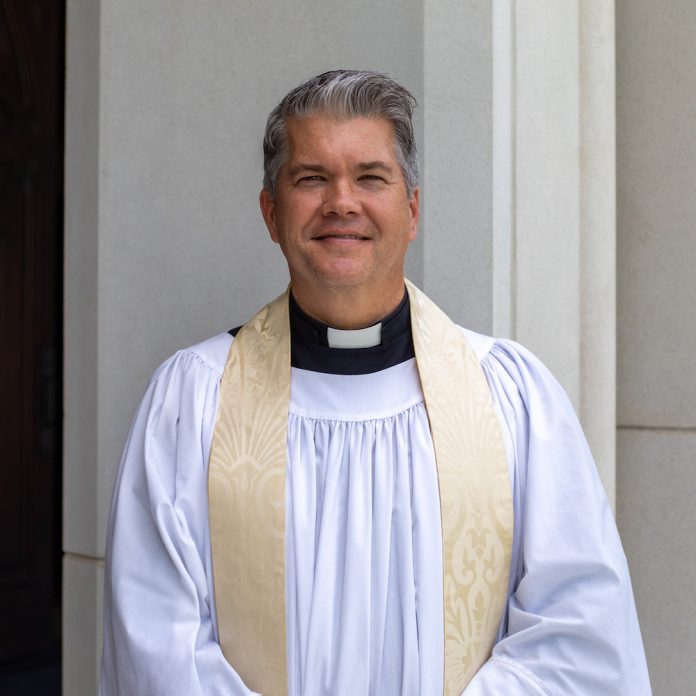 Fr. Farmer was ordained in 2000 after serving an Episcopal church for three years as a youth minister. In 2002 he was called to St. Michael’s Episcopal Church in Gainsville, FL a declining church in need of revitalization. In 2006 he and the members of St. Michaels re-organized to found Servants of Christ Anglican Church, now a thriving congregation, where he continues to serve as Rector. He is also the priest in charge of Camp Araminta, a week-long summer camp ministry of the Gulf Atlantic Diocese. Fr. Alex has been married to his wife, Jody, for 31 years. They have three adult children and three grandchildren.

Following the election, Bishop-Elect Farmer addressed the synod saying, “I’m Joyful to serve as your next bishop. There is much to take in and lots of things to consider in the transition period between now and August, so I beg your prayers as we learn how to do this work that God has called us to do. I’ve seen the work that we can do to be an instrument for God to bring people into the kingdom of God. I’m excited to go where the Lord is calling us.”

“We are so grateful to the Lord Jesus, the head of the Church, for being present with us in our prayerful process as we called the Rev. Alex Farmer to be the next bishop of our diocese.” remarked the Rt. Rev. Neil Lebhar, current Bishop of the Gulf Atlantic Diocese. “He loves the Lord and the Lord’s people, and has a deep desire that everyone will hear the gospel. We ask everyone’s prayers for the Farmer family and the diocese in this season of transition.”

Bishop Neil Lebhar announced his intention to retire and called for the election of a new Bishop on May 14, 2021. A Bishop Nominating Committee was soon commissioned to receive nominations and present a slate of candidates through interviews, careful vetting, and much prayer. The Rev. John Wallace and the Rev. Alex Farmer were announced to the diocese as candidates on March 15, 2022. The Constitution and Canons of the diocese require that voting for the election of a Bishop be done in two orders (clergy and lay) with a 2/3 majority in both orders necessary for an election. Fr. Farmer was elected on the second ballot with 70% of the lay votes and 72% of the clergy votes.

The Gulf Atlantic Diocese was founded in 2009 and elected the Rt. Rev. Neil Lebhar as its first bishop at that time. Today it has grown from 14 churches to more than 40 churches across Florida, Georgia, Alabama, and Mississippi. Our missio