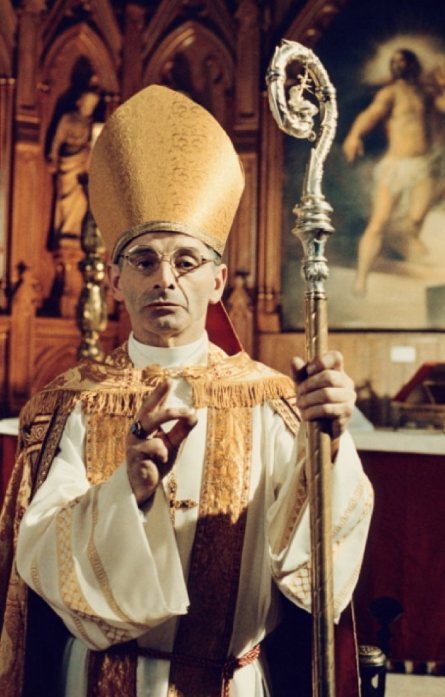 Thursday morning arrived with one pressing question for the General Synod of the Anglican Church of Australia – what would be the immediate response to the rejection by a majority of the House of Bishops of basic orthodoxy on the doctrine of marriage?

The answer came at almost the very beginning of business. Following morning prayer and an excellent exposition of 1Cor. 6 synod settled down to what should have been routine administrative matters.

Should have been. Instead we got something that I understand has never happened before at a General Synod. A Petition was presented (s.21-23 of the standing orders of the General Synod).

The Petition, signed by over half the members of synod, read as follows:

Noting with regret that on 11 May 2022, despite clear support from the majority of General Synod (including majorities in the Houses of Laity and Clergy), the majority of the House of Bishops voted against Motion 20.3 “Statements as to the Faith, Ritual, Ceremonial or Discipline of this Church made under Section 4 of the Constitution”,
the petitioners humbly pray that Synod commits to praying that all Members of the House of Bishops would clearly affirm and be united in their support for the teaching of Christ concerning marriage and the principles of marriage reflected in the Book of Common Prayer.
We also request that the petition be read to the Synod by one of the secretaries.

So the people of General Synod, both lay and clerical, have spoken. A majority of them have asked that synod would pray that Bishops do the job they promised to do upon consecration.

The question now is, will the Bishops listen?

Listening, of course, has been the constant demand of many who promote the revisionist position. But actual listening did today appear to be in short supply from the very same places.

When Assoc. Prof. Matthew Anstey moved his motion “Affirmation of Same-sex Marriage” he claimed that he had never heard a sustained theological argument against same-sex activity other than an insistence on a simple “don’t do it” divine fiat. This surprised many around the chamber, given that (as just one example) Synod had already heard in a previous debate about the mirroring of heterosexual marriage in the asymmetric relationship between Christ and the church and the consequent shattering of the mirroring in a homosexual “marriage”. This argument is hardly novel or rare and yet a member of the Doctrine Commission who authored 3 chapters of “Marriage, Same-sex Marriage and the Anglican Church of Australia: Essays from the Doctrine Commission” claims ignorance.

Another related theme that repeatedly surfaced was the seeming unwillingness of revisionists to listen to and affirm anything distinctively Anglican. Bishop Michael Stead presented a simple Bill clarifying some ambiguity in what was and wasn’t allowed in liturgies now that the Appellate Tribunal opinion had significantly restricted the constitutional definition of “doctrine”. Stead sought to replace relevant references in The Canon Concerning Services from “the doctrine of this Church” to “any principle of doctrine or worship referred to in section 4 of the Constitution”. Section 4 of the Constitution points to the BCP, the 39 Articles and the Ordinal. It’s hard to think of more Anglican documents.

Yet speaker after speaker lined up to argue that this change was unnecessarily restrictive. Stead himself noted the “delicious irony” of a low-church Sydney Anglican arguing for liturgical conservatism in the face of their critics arguing against it.

The same irony was seen in another motion affirming singleness as “like marriage, an honourable state for God’s people, in which the fullness of God’s blessings may be enjoyed”. The motion also noted the call to chastity in our national guidelines Faithfulness in Service. Again we saw the call to holiness of living treated not as something to joyfully aspire to but a harmful restriction upon the Christian. The motion eventually passed by a similar margin to other related items.

Synod did have some moments of genuine listening across the whole body. The final significant debate on the “Affirmation of Same-sex Marriage” was listened to with patience and sensitivity by members of all persuasions. When the motion inevitably failed it was greeted with a sombre respect; no clapping, no celebration.

But then that has, since yesterday, been the prevailing mood amongst conservatives who now constitute a clear majority of the synod: sombre. They are encouraged that the weight of General Synod is now firmly orthodox and also prepared to say so. But there is a deep sorrow that a majority of the Bishops appear unable (or unwilling?) to hear their voice as it joins with that of the faithful over the past 2000 years.

Now that the holy people of God have once again affirmed the faith that was once for all entrusted to their forebears so long ago will all the Bishops, as the Petition asks, affirm those same truths?

And what will happen next if they don’t?