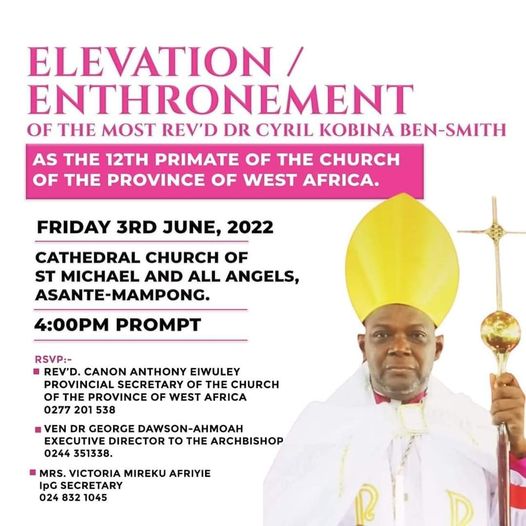 The Archbishop of Ghana, the Most Rev. Cyril Ben-Smith, has been elected Primate of the Church of the Province of West Africa in succession to Archbishop Jonathan Hart of Liberia.

The church announced Archbishop Ben-Smith will be installed as the 12th primate of the West African church on 3 June 2022 at the Cathedral of St Michael and All Angels in Asante-Mampong.