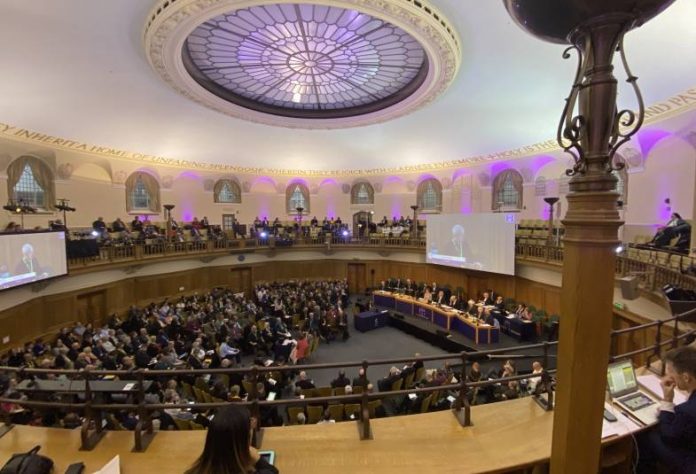 Members voted 331 in favour, with no votes against and no abstentions, both to acknowledge the ‘leading role’ that the Government has played internationally in challenging slavery – while calling on the Government to ensure the proper protection of minors who are trafficked and enslaved.

The Synod also voted to encourage all dioceses, deaneries and parishes in the Church of England to raise awareness of modern slavery. Members further called on people to pray for the victims and survivors of slavery and trafficking and all those organisations who work to help and support them.

General Synod member Alistair Bianchi, introducing the debate at the Synod, said progress that had been made in tackling modern slavery and protecting children who have been trafficked risked being endangered as a result of measures in the Nationality and Borders Bill.

There are ‘considerable concerns’ that the lack of attention paid specifically to protecting children in the Bill – currently before Parliament – could have a negative impact both on child survivors of trafficking and children subject to the immigration system who are at risk of exploitation, he told the Synod.

“This can be seen in the Bill’s creation of a new ‘slavery or trafficking information notice’ which would be issued to potential victims of modern slavery claiming asylum, setting out a limited time in which a potential victim must provide information to ensure they don’t damage their credibility.

“This disregards the impact of trauma on the ability of victims, especially children, to recall relevant details. In addition to this, the proof required for a reasonable grounds decision will likely increase with the bill,  further excluding children from support.”

Mr Bianchi was speaking on behalf of Durham Diocese, which campaigned successfully in 2018 to prevent a young man ‘Stephen’ -not his real name – from being deported back to Vietnam after he was trafficked into the UK as a child to work on a cannabis farm.

“While there have been developments in government policy since this motion was first raised in 2018, there remains a great deal of concern about the outcomes for trafficked children, particularly as they transition to adulthood – as exemplified by Stephen’s case,” he added.

In his speech, he highlighted the work of the Clewer Initiative, the Church of England’s campaign to raise awareness of modern slavery and help support survivors and vulnerable groups.

The wording of the Synod motion, approved unanimously: