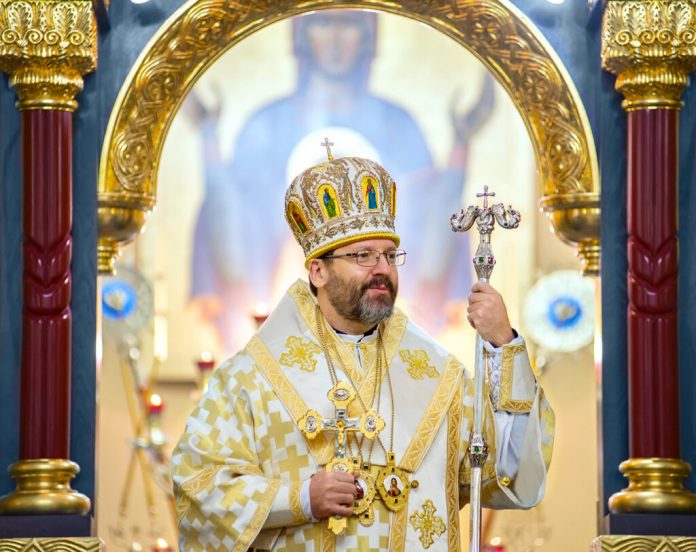 Answering the question of whether the head of the UGCC sees a threat in the fact that the Russian Orthodox Church, which relies on Putin’s power, claims to be a global spiritual leader and the main guardian of conservative values, His Beatitude Sviatoslav replied that he does not see “the truth of these statements.”

“I will not talk about the role of the Russian Orthodox Church, which this Church claims. But are traditional Christian values the foundation of the Russian Federation’s policy? If we delve into the postulates that underlie Russia’s geopolitical considerations and movements, these postulates are quite different from those of Christian values. What is really happening is the instrumentalization of so-called Christian values for political purposes and, obviously, this is motivated by certain political goals. This is my impression,” the head of the UGCC said.

His Beatitude Sviatoslav recalled that this is not the first time that such propaganda models of the opposition have been used by Russia, including in relation to Christian values:

“I remember very well how these discussions about the European aspirations of the Ukrainian people, which began under Yanukovych and then continued after the revolution of dignity, faced the propaganda model that, they say, Europe is equal to de-Christianization, but the Russian world means preserving traditional values. That is, “either you stay with Russia, or you lose your Christian values.” This was a completely artificial juxtaposition of Christian and European identities.

As a moralist, I once studied certain texts produced by the Russian elite, especially in the early 2000s. There was then such a text called “Okolonolya”, which was attributed to Vladislav Surkov (assistant to the president of the Russian Federation in 2004-2008 and 2013-2020 – Ed.). If we analyze the ethics that is projected in this text, it is anti – Christian in nature: there humanity is divided into two categories-users and losers. That is, either you “use” others, or others “use” you. This was already the case in the history of mankind in Gnostic philosophy when people were ontologically divided according to their dignity into different categories. Question: What is Christian here? Therefore, even if someone uses the concept of Christian values to understand the goals set by such a philosophy, it will destroy any values.”

Patriarch Sviatoslav noted that the Church cannot give the task of preserving and conveying spiritual meanings to politicians, nor can it allow them to be “instrumentalized” to achieve political goals that are completely opposite to declarations on Christianity and its values.

“As a Christian, I understand that today we must help introduce these meanings and values into the new culture that is being formed before our eyes, and we must strive for this. And the Church cannot afford to put these meanings in the hands of politicians or the state. We cannot shift the task of preaching Christian values to politicians. When a church, even one that professes the Byzantine model of relations between the state and the Church, in the modern world wants the state to play the role of a propagandist or guardian of Christian values, it will destroy such a church.

We, as churches and Christians, must take up the work ourselves, live by these values ourselves, and prevent politicians from preaching the Christian idea in the modern world, because they will tarnish it one way or another. We are disciples of Christ, and our holy task is to convey to modern man the fullness of the light of the Gospel of Christ.”