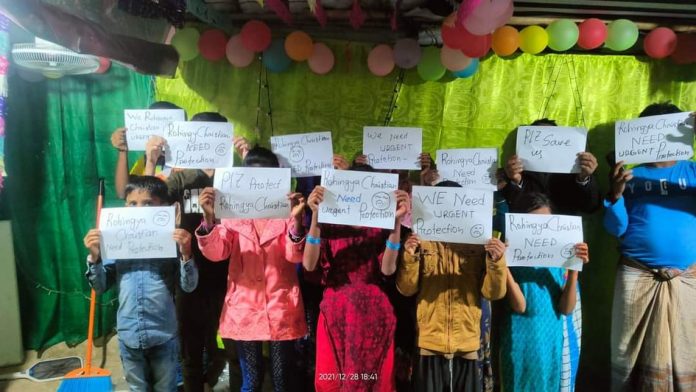 Cox’s Bazar –  A Rohingya Christian has been persecuted for his faith in the refugee camp of Cox’z Bazar. 20 year old Saydul Amin, has told AsiaNews that he was beaten with a stick by the authorities who run the facility: “They accused me of being involved in the business of yaba”, the local term for drugs . “But they did not get anything from me, they beat me for false accusations,” the young man explained.

Saydul Amin left Myanmar in 2017 and arrived in Bangladesh to escape ethnic persecution against the Rohingya. Although he has always been a Christian, he has been accused by local Muslims of recently converting. “I have been persecuted since I revealed that I am a Christian,” Saydul Amin continued. “I no longer feel safe in the camp”. Hundreds of believers do not reveal their true identity for fear of retaliation by the Muslim majority.

David Sunir, a leader of the Christian community in Camp 13 in Balukhaly, where Amin lives, said that earlier this year he was also targeted by the Arakan Rohingya Salvation Army: “We Christians are a minority and we live in fear,” he said.

Contacted by AsiaNews, the authorities of the camp did not comment on the matter. Cox’s Bazar refugee camp is the largest in the world: it is home to more than one million Rohingya refugees, who fled Myanmar between 2017 and 2018 due to persecution by the Burmese military. Christians number around 1,500.