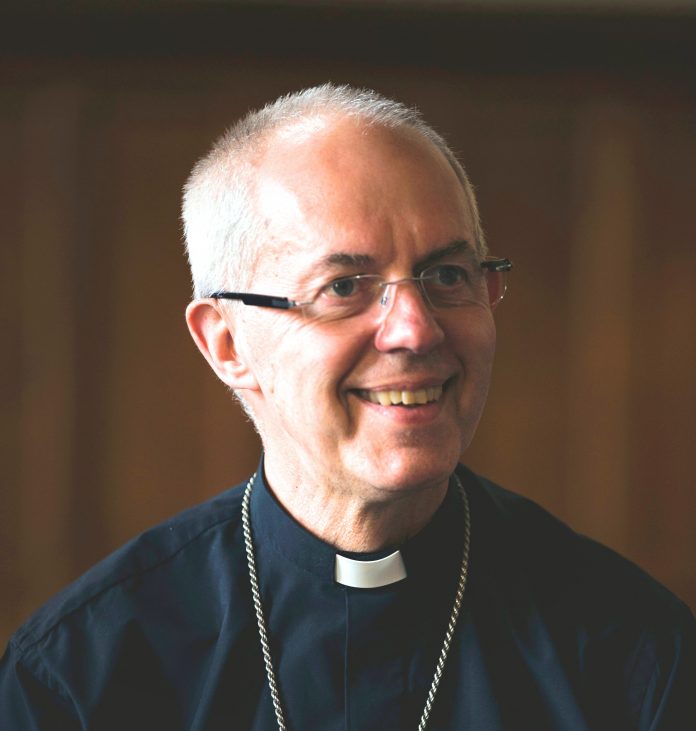 We were concerned to read that the Archbishop of Canterbury and a Palestinian Anglican priest published an opinion piece in The Sunday Times, December 19, expressing concern for “Christians being driven from the Holy Land.” The day before, another piece by the Vatican’s Custos of the Holy Land was published in the U.K.’s Daily Telegraph warning that Holy Land Christians are “threatened with extinction.” These two pieces follow the publication a week earlier of a “Statement on the Current Threat to the Christian Presence in the Holy Land” issued by the Patriarchs and heads of local Churches in Jerusalem. Why is this being raised now in these dire terms during the Christmas season with a focus on Israel?

It certainly is appropriate for Christians to be concerned for the well-being of their co-religionists in the Holy Land and the rest of the Middle East a concern shared by most Jews. Bottom line: Christians are not persecuted in Israel. In fact, Israel is the only state in the Middle East in which the Christian population is growing and flourishing.

In stark contrast, a 2019 British government report specifically naming Syria, Turkey, Iraq, Egypt, Saudi Arabia and Algeria, describes “pervasive persecution of Christians, sometimes amounting to genocide, is ongoing in parts of the Middle East, and has prompted an exodus in the past two decades. Millions of Christians in the region have been uprooted from their homes, and many have been killed, kidnapped, imprisoned and discriminated against.” (Guardian).

Christians in the Palestinian-controlled territories face a different and harsher reality. Many have left to avoid the conflict and official persecution after facing numerous attacks on churches, assaults by Muslim gunmen and theft of church assets. The PA has done virtually nothing to bring the perpetrators to justice. Gaza’s Christian population has decreased by two-thirds (from 3,000 to 1,000) since Hamas seized power there in 2005. This is the result of the deliberate targeting of Gaza’s Christians by Hamas and other terror groups.

The Archbishop also referred to Israel’s security barrier, as a “Separation Wall”. He also omits the context of why the security barrier was built – to save lives. Prior to its construction, thousands of Israeli Jews, Christians, Muslims and others, were murdered and maimed as a result of Palestinian terror attacks. Since its construction, attacks dropped by 90%. Surely, at Christmas-time, as all year-round, the focus of religious leaders should be on saving lives.

Sara Sherrard, Executive Director, StandWithUs UK said, “The campaign launched by Jerusalem’s Christian leaders and echoed by some church leaders in the UK puts a singular focus on Israel at a time when Christian populations elsewhere in the Middle East are decreasing dramatically.

“This persecution of the region’s Christians must be addressed as a human rights issue. Unfortunately, their situation will not be alleviated one iota if it is politicised with a singular focus on Israel, the only Middle Eastern state in which the Christian population is growing and whose civil rights are scrupulously guarded.”

Isaac Zarfati, Associate Director, StandWithUs UK said, “We were bitterly disappointed that the Archbishop chose this time to make comments that are completely devoid of context. They will mislead the public about the reality of Christian freedoms in Israel, which are a stark contrast in a region where many countries persecute and attack their Christian population. This week Israeli President Isaac Herzog visited Nazareth to wish Israel’s Christian citizens and friends around the world a very merry Christmas and stated: “Israel is proud of its Christian community. This vibrant city is a powerful symbol of religious unity and togetherness”. This is a true reflection of how Christians in the Holy Land fit into the beautiful tapestry of Israeli society. We urge the Archbishop of Canterbury to reflect on and revisit his divisive and misleading statement. The singling out of Israel is unfair and unwarranted, particularly at Christmas-time.”