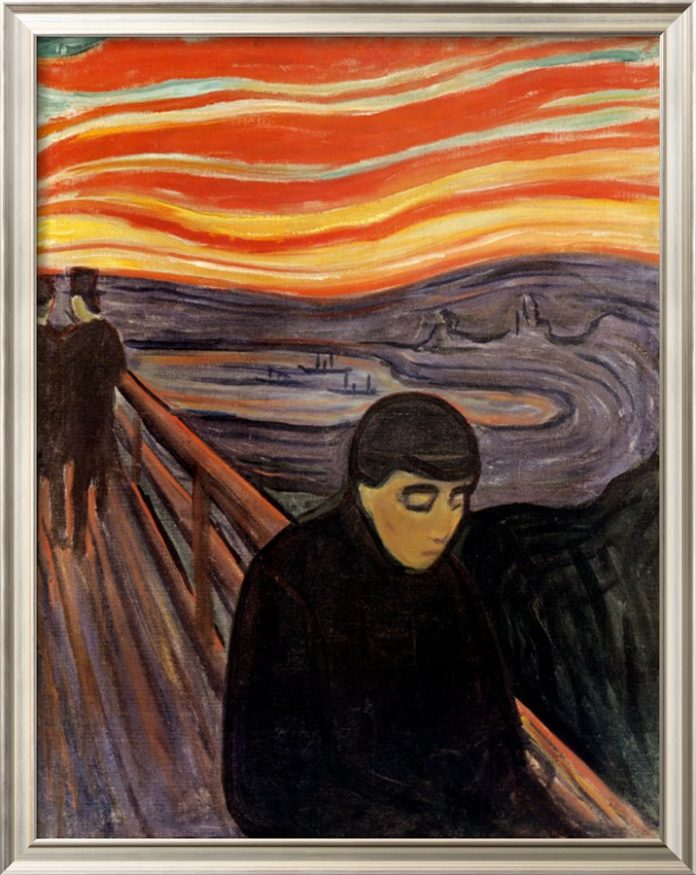 Answer me quickly, O Lord! My spirit fails! Hide not your face from me, lest I be like those who go down to the pit. (Psalm 143:7)

It was my first suicide call. I was newly ordained on the staff of St. Paul’s Church in Darien, Connecticut, and the call came from a beloved woman in the congregation. Years earlier she had been one of the first to reach out and welcome us to the community, and now she was crying out for our help. She had found the lifeless body of her son in the garage. I drove to the home to listen and pray and help take care of all of the practical details. Her son had always found life difficult in this town of privilege, pressure, and high expectations. He had not done well academically and could not keep up with all of his friends as they headed off for their Ivy League college placements. He was good with his hands and could have been an excellent carpenter or maybe a ranch hand in the wide-open world of the American West, but that wasn’t considered an acceptable career option. So he withdrew into himself, and despair became his familiar friend – until it became so dark that he could not find a way out.

His mother was filled with understandable grief and asked the usual questions about whether she had missed the signs of his growing despair, but I assured her that she could not blame herself. She was also desperately worried that her son had committed the unforgiveable sin and so was lost to her for eternity. I reminded her that while suicide is always a tragedy, God’s mercy is beyond anything that we can comprehend, and nothing can separate us from God’s love. (Roman 8:37, 39) But I must admit that as I drove away, I asked myself the same questions–had we missed the signs of his desolation? Sadly, that was not the last of such calls.

Some years later, while we were living in Lafayette, Louisiana, I received a similar call from “Susan”. but on this occasion, there was still time. Her husband had overdosed. His life had been closing in on him and he was desperate – his way out was to take a handful of drugs. He was unconscious and barely alive in the hospital emergency room, and his body temperature was soaring. The doctors admitted that they weren’t sure how to treat him because he had taken such a deadly cocktail of drugs. Susan was a fairly recent member of our congregation and relatively new in her faith. A friend in her Bible study group had encouraged her to call me.

“Tell me how to pray?” she pleaded, as she stood next to him with the phone in one hand and her other hand on his forehead. I led her in a prayer for his healing and deliverance, and she repeated the words as she stood there next to him. God heard our prayers, and after several minutes his fever began to break. He was going to live.

Days later, he asked me what had happened, I told him how we had prayed, and then he described the experience from his own perspective. He felt as if he were drowning in the swamp of his own chaos and despair. Living near the Atchafalaya swamp, we both found the imagery vivid. But then in his hallucination he saw a hand reaching down to him from high above, lifting him up and carefully placing him on a silver tray. And then he slowly recovered consciousness and found himself in the hospital.

“What did it all mean?” he asked. He did not share his wife’s Christian understanding, so the language of faith was unfamiliar to him. And yet, there was an amazing similarity between his experience and the psalmist’s testimony: “He drew me up from the pit of destruction, out of the miry bog, and he set my feet secure upon a rock, making my steps secure.” (Psalm 40:2) I shared this verse with him and eventually, over the coming months, he came to a personal commitment of faith.

During our early days at Truro Church in Fairfax, Virginia, my wife Angela took a phone call from a man who had been actively involved in the life and ministry of the church.

Throughout this time, and unbeknownst to anyone, he had struggled with the demons of self-doubt and despair. Now he was living in a different state, serving in a different church, but still he struggled. Angela assured him of our love and I prayed with him on the phone, but we both felt concerned. The next morning we called back, repeatedly, but there was no answer. Beginning to feel very worried, we asked two of his closest friends in the church if they would be able to drive to his home and check on him. They willingly did so, but they were too late, finding his lifeless body in the garage.

Deaths of despair are a growing phenomenon and a major contributor to an unprecedented drop in life expectancy in the U.S of one and half years – the largest drop since World War II. The other factor is, of course, the huge number of COVID-19 deaths. Researchers Anne Case and Angus Deaton were the first to analyze this phenomenon, and in 2015 noted that it affects men more than women and is often connected to diminished job prospects and other personal disappointments. In more recent years there has also been a 30-percent rise in suicides among 15-to-24-year-olds who haven’t yet experienced these kinds of disappointments. So what is going on? It is related to the word “despair.” In the Christian worldview, despair is the opposite of hope. Put simply, many people have placed their hope in the wrong thing. Isaiah the prophet described it like this: “Why do you spend your money for that which is not bread, and your labor for that which does not satisfy?” (Isaiah 55:2) And while it isn’t exactly a new problem, this despair is being felt more keenly in recent days.

What are we to do? Most importantly, we must take the problem seriously and follow up on any signs of despair. Encourage everyone, especially men, to be part of a small group in which they can be known and supported.

These small groups don’t always have to be study/prayer groups. They can be task- or ministry-oriented. They can even be existing groups such as choirs, altar guild, gardening clubs, or cleaning crews. What is important is that someone knows and cares. In our common life, the Gospel itself is an essential, life-giving antidote to despair:

“For God did not send his Son into the world to condemn the world, but in order that the world might be saved through him. (John 3:17) “Humble yourselves, therefore, under the mighty hand of God so that at the proper time he may exalt you, casting all your anxieties on him, because he cares for you.”(1 Peter 5:6-7)

Your brother in Christ,