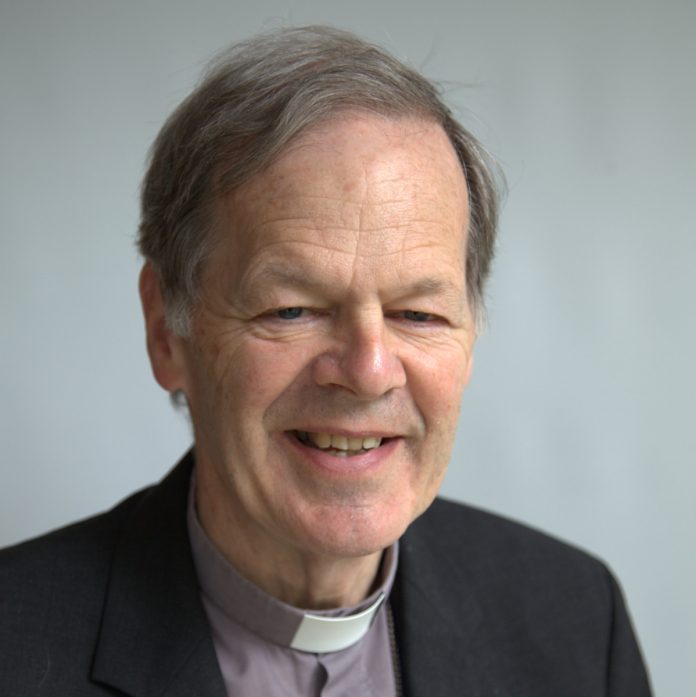 Tributes have been paid to the 98th Bishop of Lichfield, the Rt Revd Jonathan Gledhill, following his death yesterday, Monday 1 November.

His successor as Bishop of Lichfield, the Rt Revd Dr Michael Ipgrave, said: “Bishop Jonathan was a much loved and fondly remembered Bishop of Lichfield. He was a gentle and kind pastor of his priests and people, a wise teacher of the faith, and a humble and committed disciple of Jesus Christ.

“From this diocese, we give thanks for the many ways in which his ministry enriched churches and communities, and we send our condolences to Jane and their family. May he rest in peace and rise in glory.”

Born in Windsor and educated at Keele University, which is in the Diocese of Lichfield, and the University of Bristol, Bishop Jonathan served in Chester Diocese as a curate in Marple following his ordination from 1975-78. He then served in various roles in Canterbury Diocese between 1978 and 1996, including as Vicar of St Mary Bredin from 1983-96, as Rural Dean of Canterbury from 1988-94 and as an Honorary Canon at Canterbury Cathedral from 1992-96.  He then moved to Winchester Diocese to become the Suffragan (Area) Bishop of Southampton before he was enthroned as the Diocesan Bishop of Lichfield at Lichfield Cathedral in 2003. Following his retirement, after 40 years of ordained ministry, he returned to Canterbury Diocese where he retained Permission to Officiate.

(Pictured: The then Archbishop of Canterbury, Baron Williams of Oystermouth, with Bishop Jonathan upon his election as Bishop of Lichfeld in 2003. Photo Credit: Geoff Crawford)

Julie said: “I met Bishop Jonathan weekly to discuss many issues about the life of the diocese ranging from strategic matters to more personal things. I often took a list of items to cover, things to be ticked off if you like. He would always listen and then maybe gently but firmly reply, ‘I think I might like to think about that and pray about it for a little longer.’

“I clearly remember one day him saying to me with a wry smile, ‘I must drive you mad not making a decision.’ Over time I came to appreciate those different counter cultural qualities: prayerfulness, humility, a forgiving and tolerant spirit, the desire to encourage all, a willingness to allow others to shine not himself – these qualities were deeply attractive and challenging to the rest of us.

“Bishop Jonathan was also steadfast, he was not afraid to say ‘no’, he stood firm over issues he believed in and he was willing to take risks. He faced his health issues with faith and courage and was always more concerned about the impact of his illness on others – notably Jane and the Bishop’s Staff team.

“We were fortunate to have a Bishop and his spouse who were willing to lead in such a Christ like way, who modelled such humble and gentle leadership. My thoughts and prayers are with Jane and the rest of the family today.”

In a video (below) to announce his retirement released on St Chad’s Day in 2015, Bishop Jonathan said: “All our strength and powers are temporary and we all depend upon God whose faithfulness is great. I’ve found myself singly quietly the hymn quite often, that goes: ‘Let all thy days ‘till life shall end/What’er he send be filled with praise.’ Thank you all so much for your fellowship and companionship in the Gospel. Thank you brother Chad. Thank you Lord, for your love.”

Details about Bishop Jonathan’s funeral will be announced in due course.