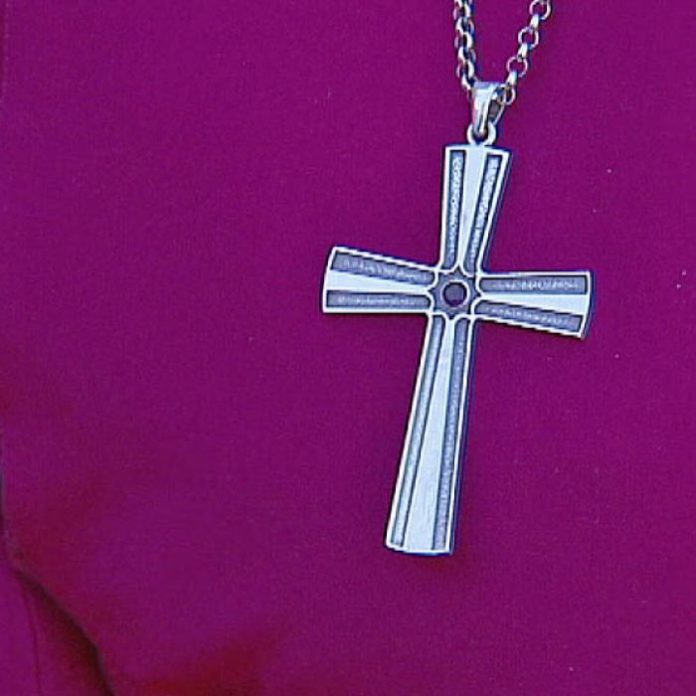 A few years ago, I was giving a paper on Joan of Arc. The details of that talk are not important here, except for one point I made. Joan’s command of an army to fight the English around the city of Orleans in the early 1430s was an exceptional event.  Socially she was of fairly humble stock, certainly not officer class. Her authority to command soldiers had to be given to her and supported by someone who actually had the legal/feudal power to occupy a leadership role.   Those who had this were always the ones with noble or aristocratic connections.  They occupied places within the fixed hierarchy which was built into the whole of mediaeval society.  Allowing a person of humble roots to take command of soldiers was highly unusual and it is this event which conveys to us something of the remarkable impact that Joan made on her contemporaries and the soldiers she commanded.

The word hierarchy is a Greek word.  Some of the thinking about the idea of rank and hierarchy in both church and state can be linked back to two 5th century Greek works attributed to an anonymous writer known to us as the Pseudo-Dionysius. This writer, deeply affected by Platonic ideas, saw the world as a fixed order emanating from God.  At the top were various orders of angels.  Lower down, where these orders became visible in our world, we see the ranks of divinely imbued ecclesiastical orders of bishops. priests, deacons and monks.  By extension, later writers saw kingship as belonging to this same priestly hierarchy.  Elements of this thinking, that make the coronation rite into a kind of episcopal consecration, can still be found in our contemporary coronation liturgies.  Such ideas also fed into feudal notions which saw the ranks of society as being irrevocably fixed, with kings, bishops and feudal lords all occupying exalted places within a hierarchy of being.  Echoes of this thinking can also be found in the children’s hymn from Victorian times.  The rich man in his castle, the poor man at his gate…

While the power of the nobility in British society is much diminished, the House of Lords still reminds us that hierarchical ideas are embedded in our way of life.   There is still some sense that the King or Queen is at the top of a divinely ordered system of privilege and power. The Church also retains some of its mediaeval structures with regard to the exercise of its authority. Within the Church in Britain, the main administrative unit is of course the individual diocese. In charge of each of these units is the local bishop.  Ecclesiastically the bishop has some of what we can call feudal power at his/her disposal. The bishop is the place of last appeal when there are disputes or disciplinary matters to be resolved within the diocese. Naturally, there are checks and balances in the system, but recently, we have been witnessing how difficult it is to hold bishops to account when things go wrong with the episcopal role as a dispenser of justice.  There are two ongoing cases of bishops in Britain who have been accused of exercising their authority in an arbitrary and coercive manner.  My purpose here is not to review the rights and wrongs of these cases, but to point out how extraordinarily difficult and damaging for a hierarchical system it is when the person at the top of a pyramid structure of power stands accused of malfeasance.  It is as though, during a court case, when an accused is about to be condemned for a terrible crime, the judge is suddenly revealed to be himself also guilty of crimes. For the justice/hierarchical system to work for the many, we need the judge or the bishop to be morally beyond reproach.  The whole system takes its stability from the probity of those who oversee its functioning and have been appointed for this purpose.  Justice and fairness in Church and society is dependent on our being always able to trust the hierarchs in charge. Any failure on their part is not about individual lapses of ethics or competence; it is about a crack in the whole system and the trust that people expect to have in it. When the system experiences any such fracture, the cost of repairing it is very high indeed.

Historically speaking, our trust and reliance on bishops and others with judiciary responsibilities has not been misplaced for the most part (at least in modern times).  The broad tradition of absolute probity has had the result that the system has not needed to develop protocols to be able to call a diocesan bishop to account when they appear to abuse their power in some way. This is why it is so important that, before senior appointments are made, a proper and thorough scrutiny of past performance by a candidate is undertaken.  Theoretically under the rules of CDM, a bishop in the Church of England can be reported to the Archbishop of the Province when authority is abused.  In practice, as we have seen in the case of the Bishop of Winchester, there is little precedent to call on to help resolve such a scenario.  Bishops are supposed to be beyond even the possibility of moral or institutional failure.

This blog post does not claim to have any privileged information about the situation in Winchester or Aberdeen, but a single word seems to describe the reported behaviour of each hierarch -bullying.   It is not important for us to determine the degree and extent of guilt in each case, but we can safely say that any accusation against a diocesan bishop is extremely serious for the reasons we have mentioned above.  We are not just talking about individual reputations at stake.  We are referring to people being able to trust the structure and the justice system in the Church as reliable and trustworthy.  Most people would never choose to work for an institution that that has allowed injustices and bullying to take place at the highest level.  The hundreds who work for the diocese of Winchester are seriously affected by the events there.  At the very least we can speak of an instability right across the whole diocese.  The effect on morale of everyone at any level in the diocese is also likely to be severe.  The person at the top embodies the entire structure in him/herself and every piece of work in the diocese is done to some extent in the name of its chief officer.  Fewer people are involved in the Scottish situation, but the effect of the destabilising of the structure of the Diocese of Aberdeen and the College of Bishops is likely to be felt right across the entire Scottish Episcopal Church.

Every Christian can be thought to operate at two levels.  They each have a personal faith and relationship with God.   At another level they expect to have their faith reinforced and nurtured by the institutions they belong to, their local congregation and other networks they identify with.  In recent days we have also been reading about some Christian networks in England which have been reported to be failing in terms of integrity and honesty.  Andrew Graystone’s book is not primarily about the behaviour of a single individual, however great the suffering Smyth caused to many people.  It is a story of certain institutions/mini-hierarchies, here those aligned to the conservative evangelical faction of the Church of England, which chose to bury the truth about this evil for 40 years.  At each stage we see culpability in many of those at the top of the structures failing the cause of transparency and justice.  Those at the top of the Iwerne/Titus/REFORM/SU hierarchies have a particular case to answer.  They had the power to redeem or mitigate the situation, but they chose rather to continue the omerta and cover-up, simultaneously damaging the whole con evo edifice in Britain.  Graystone’s narrative is likely to point out the difficulty of trusting the word of leaders when these have failed for so long and so comprehensively in regard to their constituency.

Go up and down the streets of Jerusalem, look around and consider, search through her squares. If you can find but one person who deals honestly and seeks the truth, I will forgive this city.  Those who want to believe in the Anglican Church, whether in its local or national manifestations, will no doubt know some in leadership who deal honestly and seek the truth.  The numbers, nevertheless, are not as large as they should be.  As I prepare to read Bleeding for Jesus sometime this week, I shall be looking for any individual among the leaders in that whole sorry tale who fulfils the role of honest truth-broker.  I suspect that I will have considerable difficulty in nominating anyone for this role.  Jeremiah certainly seems to have failed in his search.

The fate of any institution where the leadership is weak or worse still, corrupt, is bleak.  There may be many honest good individuals working for and within such a structure.  However, whenever the hard work of the just and honourable foot-soldiers finds no mirror among the leaders, the possibility of maintaining good morale overall is likely to be weakened.  Word coming out of the London diocese at present speaks of seriously damaged morale in the aftermath of dysfunctional leadership over Fr Griffin’s case.  Institutions find it hard to flourish or survive when honest open leadership is absent.

Today’s blog is gloomy, but this perhaps is a reflection of my mood as I scan the church news at present.  I have been struck forcibly by the likely difficulties in filling the cluster of episcopal vacancies that have come on stream recently.  I applaud those who allow their names to go forward just as I salute any who are taking on the immensely difficult task of serving on General Synod for the next few years.  Let us all hope and pray that the Church may find the leadership and integrity it desperately needs throughout the structure, and that this may help to save the whole weakened edifice.  This has been so sorely weakened by problems at the top of the hierarchy in our national Church.