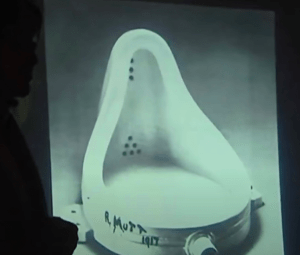 Reaching beyond the decisions and the policies of the politicians through the turmoil in Afghanistan, we see the influence and inspiration of three figures; Jesus, Mohammed and Marx.

Much of the world is shaped by either Christianity, Islam or Marxism.

Even humanism, atheism and liberal democracy are offshoots of Christendom, if only as rebellious and would -be independent prodigal children of Christendom.

All three figures have developed certain variants amongsttheir followers. Marxism contains hard and soft versions corresponding to economic and cultural Marxism; hard Islamwith fierce political objections is known as Islamism, reflected by both the Taliban and ISIS; soft Islam exists in the form of Muslims quietly practicing their faith in cultural and spiritual forms embedded in secular societies. For these purposes Christianity also takes two broad forms; those who believe and practice their beliefs, and those who, disbelieving,enjoy the cultural and political fruits of those who have believed.

These are the broadest of brush strokes but they allow us to glimpse a pattern and shape in the geopolitical tensions of the twenty first century as these three civilisations grapple competitively with each other.

Islam, Marxism (as a form of utopian totalitarianism) and Christianity are reacting, indeed struggling, with and against each other in different configurations across the globe.

Although in the first half of the twentieth century, nationalism and fascism appeared to be the source of destabilising aggression, the dust that cleared in the second half left Marxism and a weary (post) Christendom, or soft Christianity, set against each other.

Economic Marxism morphed into cultural Marxism and astonishingly burst open the flood gate swamping post Christendom in a flood of wokeness. Hard Christianity, the few remnant committed believers, resisted the identity politics and Kafkaesque ‘wokeness’, but post-believers or soft Christianity lapped these new ideas up. Consequently the West, or soft Marxism, is on the verge of driving believing Christians, or the remnant of hard Christianity from the public square, the media and even employment.

Soft/cultural Marxism has looked at Islam, of both variants, and understands it through its distinctive prism of power relations. Its reaction has partly been inspired by its hatred of a Christianity it despises  and the influence of Christian values embodied in a Christendom it resents. Fuelled by that and its own dogma of redistributing power, it has bestowed on Islamthe favoured status of a victim culture and offered it support and promotion.

Ignoring the mind-numbing contradiction of the brutal anti-feminist misogyny of both soft and hard Islam, it offers Islam a free pass in this tripartite relationship and concentrates instead on its war on Christianity and post-Christendom.

Western-soft-Islam can hardly believe its luck and embraces its favoured status as a victim culture in this illogical soft left trope. It hides behind it and watches with ill-disguised pleasure as soft/cultural Marxism wages its unrelenting war on what remains of believing Christendom.

It’s hard to know whether or not soft Marxism glances behind its ideological blinkers at Islam, soft and hard, and understands the antipathy with which Islam regards it. It soothes itself with the narrative that Islam cannot resist the seductive lure of secular hedonism, and will give way with the same ease as post-Christianity succumbed.

And that is why what has happened in Afghanistan is so interesting. Because in a contained microcosm hard Islam and soft Marxism have met each other, and Islam has triumphed.Soft Marxism has fled before it.

Soft/cultural Marxism has been working very hard at its theory that it has the power to seduce Islam with its wares of pseudo-equality and hedonism. Indeed, to prove its hypothesis, the American occupying force put a great deal of effort into reproducing the culture into which its Ivy League graduates had been indoctrinated.

According to US government reports, the US spent $787 million on propagandising gender programmes. Pause for a moment to try to grasp the significance of this muscular attempt at social engineering.

In fact it is a significant underestimate, since gender goals were slipped into almost every undertaking the American soft Marxist cultural colonialists engaged in.

There is a wonderful video on YouTube, in which a Western woke woman is attempting to introduce Afghani women to the wonders of Western values, and in particular what she enthuses was “a triumph. “This” she proclaims with sparkling eyes, “is often described as the first piece of conceptual art. Does anyone know what it is. It is a toilet.

An artist called Marcel Duchamp put this in an art gallery about one hundred years ago. It was a huge revolution.” https://www.youtube.com/watch?v=wdrvpSfJM1w.

The camera captures the aghast and dismissive response of the women on the receiving end of the propaganda.

The western media work hard to promote the narrative that Islam will fall to western hedonism. Christina Lamb of The Sunday Times quotes approvingly one of the first (and more realistically perhaps the last) Afghani female rappers saying “We are not about to give this up because of some Kalashnikov-wielding bumpkins in turbans.” (22.8.21)

Painted fingernails, jeans and rapping may have their urban Afghani devotees, but beauty parlours were whitewashing their windows within seconds of the ‘Kalashnikov bumkins’ entrance into Kabul.

If we peer beyond the noisy narrative of our own media, and glance into the beliefs of the UK Muslim community,  the level of support for Sharia law may come as a surprise to the secular commentariat.

In 2016 Policy Research uncovered that 49% of London Muslims favoured ‘aspects’ of Sharia law. (https://www.secularism.org.uk/news/2016/12/over-40-percent-of-uk-muslims-support-aspects-of-sharia-law) Nationally 43% favoured the introduction of Sharia.

The shock that the fall of Afghanistan ought to give to the West is that it acts as a microcosm of the wider struggle between hard Islam and soft Marxism.

Islam has long benefited from its policy of allowing Western journalists to promote the untruth that ‘political’ Islamism has little to do with real Muslims. The problem is that with each atrocity perpetrated by hard Islam in the West, whether is the burning down of a thousand Catholic churches year in oneyear in France, the assassination of the staff of Charlie Hebdo, the decapitating of an elderly French priest in Normandy, the bombing of the Manchester arena in the UK, 9/11 in the States, 7/7 in London, there is little or almost no protest from soft Islam in the West.

There are very few voices which distance soft Islam from hard Islamism, simply because the Koran promotes both; and when push comes to shove, as it occasionally does in what the commentariat disguise as ‘terrorism’, the theology of abrogation gives precedence to the later Koranic texts. It is indeed these hard texts which endorse and even command violence and control, which enthuse inspire and legitimise the Bombers and the Kalashnikov ‘bumpkins’.

As soft Marxism continues its capture of Western culture, driving the believing Christians before it, the unrelenting flow of economic migrants into the West continues. Soft Marxism

proclaims its confidence that Muslims will succumb to  the lure of the triumph of Western decadent conceptual art, toilet or otherwise. Once it has disposed of the remnants of Christendom, it fully believes that Islam, of both varieties, will melt before it.

What has happened in Afghanistan in these recent weeks, and what is going to happen in the coming months and years, ought to give the Marxists, both hard and soft, pause for thought.

Meanwhile, hard Christianity, evaporating from Europe and the USA is re-emerging in above ground in Russia, underground in  China, and is poised in a life or death struggle with Islam in Africa.

Christians are waiting to see what the outcome of this renaissance of faith in Russia and China in world affairs will mean. Muslims are looking forward to reaping the reward of open borders and the demographics of intensified birth rates on democratic structures in the West. And the soft Marxists may find they have been counting too many political chickens before they were well enough hatched.