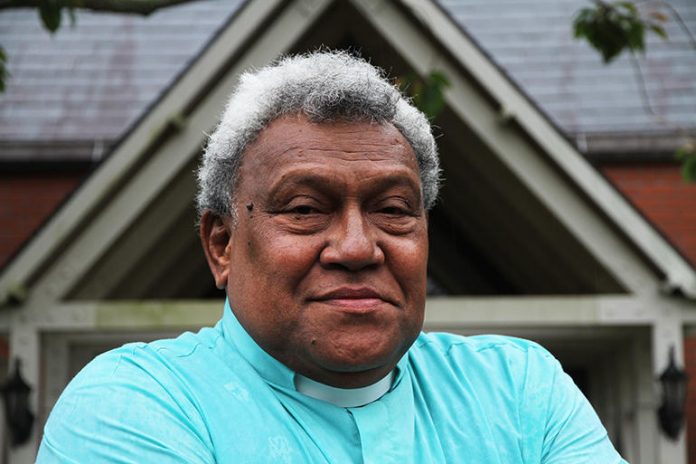 The Lord gave and the Lord has taken away;
May the name of the Lord be praised. Job 1:21

Dear brothers and sisters in Christ,

It is with great sadness that we inform you of the passing of our late Archbishop, the Most Reverend Fereimi Cama, The Bishop of Polynesia and Primate of The Anglican Church in Aotearoa, New Zealand and Polynesia this morning, Friday 2 July 2021 at the Colonial War Memorial Hospital, Suva.

Archbishop Fereimi was 66 years old at the time of his passing.

Archbishop Fereimi also served in the parishes of St Matthew’s Church, Samabula and St Peter’s Anglican Church, Lautoka before his calling to lead the Diocese of Polynesia as Bishop of Polynesia and Archbishop.

Archbishop Fereimi was a widower, to his late wife, Mereadani, and is survived by his daughters; Mereia Ranadi, married to Sireli Waqalevu, and Litiana, married to Maciu Oli Seru, his sons; Joji Cama and Josefa Cama, and grandchildren; Amani Fereimi and Benjamin Waqalevu.

The funeral arrangements for the late Archbishop Fereimi Cama will be announced soon.

May the soul of His servant, rest in peace and rise in glory.