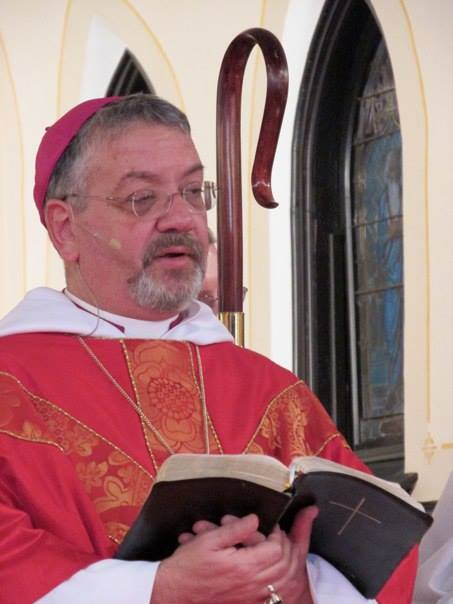 This is not yet my final  regular contribution to the Springfield Current, but the end of January will mark an important milestone in the diocese’s transition from its eleventh to its twelfth bishop, as I begin a “modified sabbatical.”

This is not how I would have ever imagined the conclusion of my ministry among you would look. When I announced my retirement plans to the diocesan synod in October 2019, I envisioned remaining in office and at the helm until I handed Bishop Seymour’s historic crozier to my successor–a seamless transition–on June 12, 2021, a date that had already been agreed upon with the Presiding Bishop’s office.

First, some ten months ago, the world was engulfed in a viral pandemic that has reached down and touched, directly or indirectly, every congregation in this diocese. It has disrupted our lives on multiple levels, including that which is most fundamental to our common life as the people of God–our ability to assemble on the Lord’s Day and celebrate the Eucharist together. We all lost Holy Week and Easter completely. Most of us regathered for a time, in very straitened circumstances, during the summer and fall, but only some of our communities were able to have a public celebration of Christmas, and even those at a very “dialed down” level. The coronavirus has also delayed our plans for an episcopal election, as we figure out how to proceed in an environment when we can’t have large meetings. So this is one of the reasons there will be a gap between the conclusion of my ministry and the beginning of my successor’s. Of course, it also means that there will probably not be a single public occasion at which Brenda and I can take our leave of you face-to-face, and this fills me with sadness.

Second, after two-plus years of plateau, Brenda’s cognitive health began a steady downward slide about six months ago. We knew this would happen eventually, but I had hoped it might delay its arrival until after I’m retired. Absent this issue, the result of the pandemic would have been that I simply delay my retirement until we get the all-clear, as I thought I might be able to do as recently as last spring, thus preserving the goal of a seamless transition. But Brenda cannot be left alone at all now, so every trip I make into the diocese is only made possible by the generosity of my children and daughter-in-law with whom we share a building. They are, in effect, “tapped out.” While I expect to be in the diocese on some occasions after the end of the month, the every-weekend pace is not sustainable. This also greatly saddens me, as there is nothing in my life that I love more than being with the people of the diocese on Sundays.

Finally, the conclusion of my ministry is happening under a cloud of conflict with the Standing Committee. This saddens me more than anything else, since the Standing Committee includes people with whom I have worked closely and considered colleagues and companions in service of the gospel. To have been set at odds with them is traumatic. I must confess that I am completely at sea about why they chose to pursue the aim of creating a gap, an interregnum, between the eleventh and twelfth bishops of the diocese, a period of time in which they themselves will be collectively “in charge” as the Ecclesiastical Authority. It is proven bad policy for Standing Committees to be in charge of dioceses. I could have chosen to resist their efforts under the canons of the Episcopal Church, and am fully confident I would have prevailed in the end. Yet, that would have focused public attention on the diocese in a negative way over a period of several months, which would not have well-served the project of electing the next bishop. So I agreed to a mediated settlement, and the sabbatical that will begin February 1 is part of that agreement.

During my sabbatical, the Standing Committee will oversee the routine administrative and financial duties that I would ordinarily handle. I will retain authority over the ordination process (and expect to ordain some transitional deacons), clergy discipline, and clergy deployment (we have more parishes in transition now than at any other time on my watch!). I am at liberty to accept invitations to preside and preach on Sundays, but there are only a handful of specific dates for which I will be able to accept such invitations, because of Brenda’s situation. I have already arranged with the Dean of St Paul’s Cathdral that I will preside at the Mass and preach on Sunday, June 27. That will be my liturgical “swan song.” My full retirement and resignation become effective three days later.

I hold the diocese–specific individuals and communities–in my prayers daily. I humbly ask your continuing prayers for me.