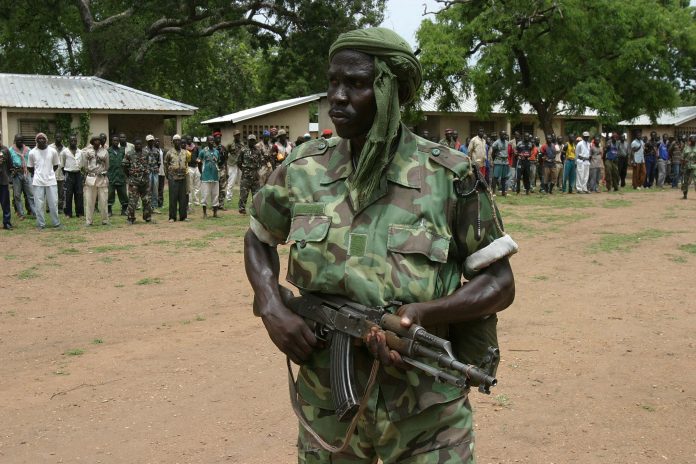 (Bangui) “Yes, Bangassou has fallen into the hands of the rebels, many of whom are mercenaries and people from Niger. The morning was hectic. Heavy artillery from 5 in the morning with about thirty dead and wounded”, reports His Exc. Mgr. Juan José Aguirre Muñoz, Bishop of Bangassou, a city in the south of the Central African Republic which was captured by rebels on Sunday 3 January.

Faced with insecurity, the Bishop brought a group of orphans to safety. The children “are innocent. You look them in the eye and they know nothing about rebels, mercenaries, struggles for power … They only hear the gunshots and explosions. And they are very frightened”, says Mgr. Aguirre. “There are many children injured by stray bullets, children who are trying to flee to Congo to escape the violence”, he added.

The Bishop reports that, after trying to resist the rebel offensive, government soldiers fled Bangassou. “The military put up resistance for several hours”, said Mgr. Aguirre, who fears “the aggressiveness of these mercenaries, who are looking for natural resources and wealth. How can you give a tender look in the midst of so much violence?” asks the bishop.

The conquest of Bangassou took place when the diocese had started several reconstruction projects. “Now we will have to start many of these over again. There are many traumas that need to be healed. The suffering Christ is behind every post-traumatic shock”, highlights Mgr. Aguirre.

“We will have to adapt to a new regime … We hope that attacks and looting are avoided. For the Church, the population is still there, the poor have not moved nor the Christ who dwells in them, the Christian community will continue to grow and we will continue to grow with it”, concluded the Bishop, asking everyone to pray for the situation in his diocese and across Central Africa.

The siege of Bangassou takes place on the eve of the publication of the first partial results of the presidential elections by the Autorité Nationale des Elections (ANE). The election took place on December 27th, although two-thirds of the national territory is occupied by armed groups.

On December 19, a coalition of armed groups launched an offensive to stop the presidential and legislative elections and promised to “march on Bangui”. However, the rebels are currently being kept at a distance from the capital by the UN peacekeeping forces and the armed forces of the Central African Republic (FACA). They are supported by hundreds of Russian soldiers and Rwandan elite soldiers. (L.M.) (Agenzia Fides)