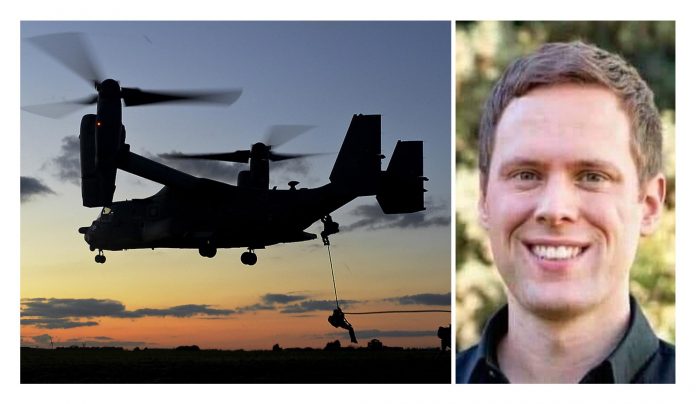 American missionary Philip Walton was rescued Saturday in Nigeria by the U.S. Navy’s SEAL Team 6, who killed six of Walton’s seven captors. None of the rescuing commandos were harmed. Walton, age 27, was kidnapped from his farm in neighboring Niger on Monday. His family, which included wife, young daughter and brother, was left behind bound and gagged.

Walton had been working as a missionary in that region for a year. The kidnappers’ motivation apparently was financial and not political. They demanded ransom from Walton’s father, a missionary in Niger for many years.

Was this dramatic rescue by USA armed forces morally justified from a Christian theological perspective? Possibly many Christian thinkers would say no, at least if they are consistent in their stance against “violence” and “empire.”

Walton apparently was rescued quickly, thanks to CIA intelligence and collaboration from Nigeria and Niger, partly out of fear that his kidnappers could sell him to Islamist militants common in Niger and northern Nigeria. Christian aid worker Jeffery Rey Woodke has been captive four years since kidnapped also in Niger. Italian Catholic priest Father Pier Luigi Maccalli was released recently after two years in captivity by Islamic jihadists who kidnapped him in Niger and held him in neighboring Mali, whose government negotiated his liberation in a prisoner exchange. Some governments have paid ransoms for their kidnapped nationals, which the U.S. has criticized.

Of course, Walton was rescued not because he was a Christian missionary but because he is an American entitled to protection from his government. Not all Americans kidnapped overseas receive expeditious liberation by SEAL Team Six. But evidently there was an unusual and fortunate confluence of circumstances, opportunity, information and resources making this rescue possible. There was also as motivation the deterrence effect on future kidnappers tempted to procure Americans as hostages for reasons pecuniary or political.

Ideally, Nigeria’s police or armed forces would’ve rescued Walton. But the Nigerian government sadly is unable to protect even its own citizens from routine raids by Islamist insurgents and other renegades in its northern mostly Muslim regions. The U.S. acted because local authorities evidently could not, although Nigeria reportedly was supportive.

Christians should celebrate Walton’s liberation not just because he was a missionary but because his rescue was an act of justice in which his government rightly lived up to the calling for which all governments are ordained: protecting their people from harm.

Many American Christian elites have a different perspective, dismissing the state’s vocation for lethal force in military or police affairs. They would insist that Christians as followers of the Prince of Peace must reject all force for especially if lethal. They are particularly derisive towards “empire,” which they equate primarily with America. They furiously resist any Christian collaboration with empire as grievously contradictory to the Gospel.

This attitude begs the question as to their preferred scenario for kidnapped missionary Philip Walton. Would he preferably have remained captive for many years, possibly sold to terrorists, perhaps never to return to his wife and young daughter? Or should ransom have been paid, encouraging future kidnappings? Or perhaps imprisoned kidnappers or terrorists should have been exchanged for him, also encouraging future terror?

Kidnapped Christian missionaries from other nations have not been similarly liberated because their governments lack the military capacity to do so. In this sense, Americans have a unique advantage as citizens of “empire” with broad military and political reach. Most American Christians are thankful but some lament.

Christian pacifists would especially lament that six of seven kidnappers were killed by SEAL Team Six during their liberation of Walton. Their lives had God-ordained value too, these pacifists would stress. Indeed they did. But by waging terror, these kidnappers, who likely have committed other similar crimes, and almost certainly would have again, forfeited their own lives. Justice demanded the innocent captive’s freedom from his captors. Hopefully others who might have followed their path will reconsider, sparing future innocents from terror.

Likely Christian pacifists and critics of empire also lament the perceived injustice of liberation for a captive American while nationals of other weaker nations cannot hope for similar force on their behalf. The fallen world is indeed inequitable. Ideally there would be no kidnappings or terror. Ideally all governments could equally protect their citizens from malefactors.

But injustice for others doesn’t justify indifference or passivity when justice is possible. The U.S. government has a special vocation to protect its people. It can’t offer similar exertions to all people. Its efforts on behalf of citizens like Walton hopefully widely deters malefactors to the benefit of all. U.S. power motivated Nigeria and Niger apparently to assist in Walton’s liberation. Absent American power, they would have remained indifferent or powerless. Justice was gained, whatever the motivations.

Liberation of a kidnapped young American missionary in a faraway dangerous land by SEAL Team Six can be celebrated by all who believe in justice and protection of innocents from violence and avarice. SEAL Team Six served America. They also served a loving and just God.