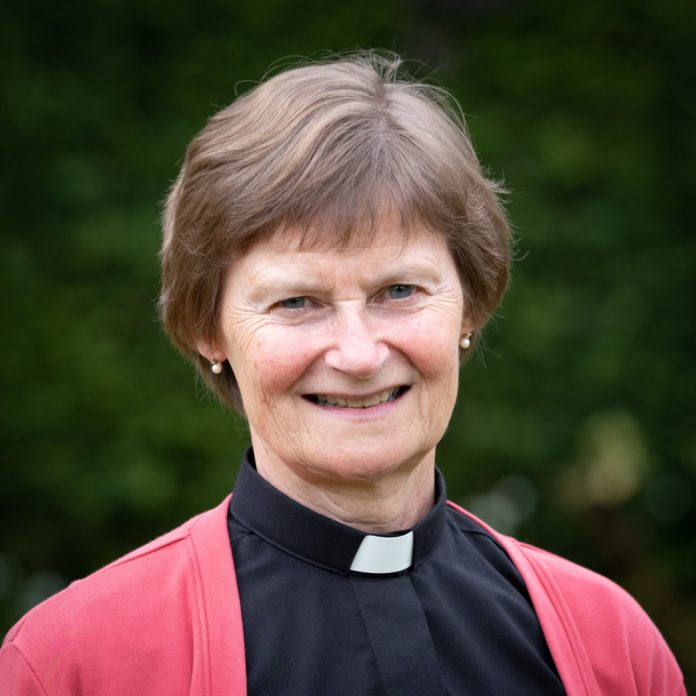 What does that mean, and why does it matter?
Incarnate means “taking flesh”, “becoming human”. Christians believe this happens in a unique and unrepeatable way in Christ, lifting up humanity to a unique place within the creation. Applying the same analogy to the whole of creation can be seen as blurring the distinction between Christ and Creation; that God is in everything to the same degree. In turn, people believe that if God is in everything to the same degree, then this erodes the supremacy and uniqueness of Christ.

Is that what you meant to say?
Of course, this isn’t the intended message of the film, as Bishop Olivia responds:

In the first of the videos I made on how we might understand our care for the environment, I used the word ‘incarnation’ in a very broad sense which some have found unhelpful, so here is a clarification.

The event of the Incarnation of Christ, at a moment in time and in a place on Earth was unique, unrepeatable and salvic. Through this event, as Colossians 1 puts it, we see in Christ, not only the image of the invisible God, but the fulness of God, and the whole of the created world has access to ultimate reconciliation with God.

Reading John 1 and Colossians 1 gives us a profound sense that all things are formed through God and Christ the Logos. And since the beginning, God makes Godself known in creation for the purpose of reconciliation. More than this, as we read in Laudato Si’, God’s love is the fundamental moving force in all created things; his divine presence ensures the subsistence and growth of each being.

I can see that the words I used had a pantheistic ring to them, which I did not intend (God and creation are not the same thing). But I think that it is helpful, in considering our relationship to our world to think about the notion that the Divine pervades every part of the universe, while clearly being above, beyond and greater than the universe.

“The heavens are telling the glory of God; and the firmament proclaims his handiwork”
– Psalm 19

It’s good to encourage debate
It’s good that there has been some vigorous debate. Done well, it shows that we care. Let’s remember too that, as Christians, we also have an essential part to play in the shape of online society. How we model good disagreement and how we interact with one another is important. Let’s make social media kinder.

N.b. The video in question is shown below.