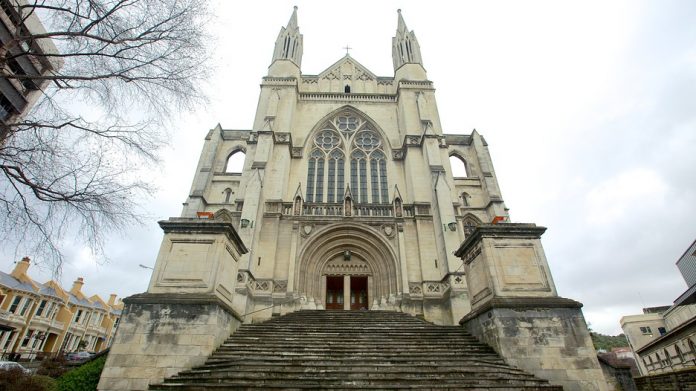 Fire has damaged the roof of St Paul’s Cathedral in Dunedin, New Zealand. In the early hours of 10 Aug 2020, a fire broke out on the South Island cathedral. Fire fighters were alerted at approximately 3:30 am and had the fire under control by morning. The swift response by 7 fire companies is believed to have limited the damage to the roof above the altar. However the crypt was flooded with water and the building suffered water and smoke damage.

Initial news reports state the fire investigators do not believe the fire was the result of arson, however, the incident is currently under investigation.

Construction began in 1915 on the cathedral, and in 1971 a modern chancel was added to the concrete and stone building. Last year the 100th anniversary of the cathedral’s consecration on 12 Feb 1919 was marked by the diocese.