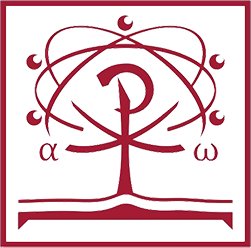 [Vatican City, 22 July 2020] It is entitled “Humana Communitas in the Age of Pandemic: untimely meditations on Life’s Rebirth” and it is the second document – the first one is from 30 March 2020 – that the Pontifical Academy for Life dedicates to the consequences of the world health crisis and its interpretation.

The document underlines the importance of a change of pace: global efforts and a determined international cooperation are needed to face the challenge of a fairer and more just future, whose keywords are better health care for all and vaccination.

«We have not payed sufficient attention, especially at the global level, to human interdependence and common vulnerability. While the virus does not recognize borders, countries have sealed their frontiers. In contrast to other disasters, the pandemic does not impact all countries at the same time. Although this might offer the opportunity to learn from experiences and policies of other countries, learning processes at the global level were minimal. In fact, some countries have sometimes engaged in a cynical game of reciprocal blame».

Moreover, «The phenomenon of Covid-19 is not just the result of natural occurrences. What happens in nature is already the result of a complex intermediation with the human world of economical choices and models of development, themselves “infected” with a different “virus” of our own creation: it is the result, more than the cause, of financial greed, the self-indulgence of life styles defined by consumption indulgence and excess. We have built for ourselves an ethos of prevarication and disregard for what is given to us, in the elemental promise of creation. This is why we are called to reconsider our relation to the natural habitat. To recognize that we dwell on this earth as stewards, not as masters and lords». Then « When compared to the predicament of poor countries, especially in the so called Global South, the plight of the “developed” world looks more like a luxury: only in rich countries people can afford the requirements of safety. In those not so fortunate, on the other hand, “physical distancing” is just an impossibility due to necessity and the weight of dire circumstances: crowded settings and the lack of affordable distancing confront entire populations as an insurmountable fact. The contrast between the two situations throws into relief a strident paradox, recounting, once more, the tale of disproportion in wealth between poor and rich countries».

The crisis has shown the possibilities and limitations of those models focused on hospital care: «For sure, in all countries the common good of public health needs to be balanced against economic interests» and the nursing homes and the elderly have been hit hard. To this must then be added that «Ethical discussions of resource allocation were primarily based on utilitarian considerations, without paying attention to people experiencing higher risk and greater vulnerabilities. In most countries, the role of general practitioners was ignored, while for many people they are the first contact in the care system. The result has been an increase in deaths and disabilities from causes other than Covid-19».

The response that must be given to the Covid-19 pandemic cannot be reduced to an organizational-operational level. Re-interpreting the crisis we went through, the text highlights how much we can learn on a deeper level. The fragility, finitude and vulnerability in which all human beings have found themselves united urge us to a conversion that includes and elaborates existentially and socially the experience of loss, as a constitutive part of human condition. Only starting from this awareness will it be possible to involve our conscience in a conversion that will allow us to feel responsibly supportive in a global fraternity (cf. Francis, Humana communitas, 6 January 2019).

On the level of ethics and public health globally, this entails: 1. An equal risk-taking and the distribution of those risks that cannot be eliminated in the conduct of human life, including as regards access to healthcare resources, among which vaccination has a strategic role; 2. A responsible attitude towards scientific research, which protects its autonomy and independence, overcoming forms of subordination to particular economic or political interests, which distort its achievements and its communication; 3. Coordination and cooperation at international and global level to put into effect the universal right to the highest levels of health care, as an expression of protection of the inalienable dignity of the human person.

«We are called to an attitude of hope, beyond the paralyzing effect of two opposite temptations: on the one hand, the resignation that passively undergoes events; on the other, the nostalgia for a return to the past, only longing for what was there before. Instead, it is time to imagine and implement a project of human coexistence that allows a better future for each and every one. The dream recently envisaged for the Amazon region might become a universal dream, a dream for the whole planet to “integrate and promote all its inhabitants, enabling them to enjoy ‘good living’” (Querida Amazonia, 8)».

Contributed to the drafting of the text our Academicians prof. Roberto Dell’Oro, prof. Stefano Semplici, prof. Henk ten Have.